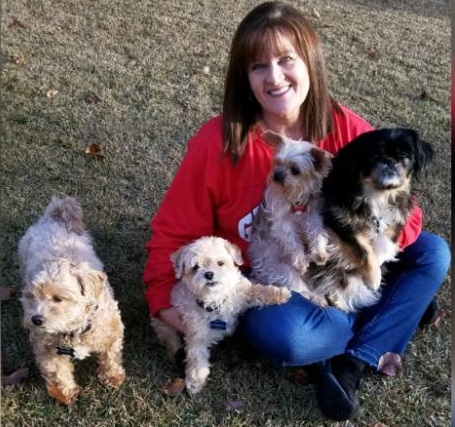 At first she recycled her husband’s pacemaker.New York, May 13, 2019: More than 20 years ago, Terri Mattula’s dog Gator passed out while her husband was walking him. They took Gator to the vet and learned he had a third-degree heart block and needed a pacemaker. However, they were both students at the time and couldn’t afford one.
“That’s urgent arrhythmia,” Mattula said. “If a person had that kind of block, within 24 hours they’d have a pacemaker.”

Now a nurse, Mattula, who has worked in cardiology for about 17 years — has started a donation program to recycle used pacemakers to help animals like her old friend, Gator.

“I get a lot of arrhythmia patients and there is a large amount of pacemaker work,” Mattula said. “Explanted pacemakers are normally thrown away.”

She contacted the University of Georgia’s veterinary school, which had helped one of her other dogs.”I have this practically new device. Are you interested in it?” she told them.

Her call led to UGA and Navicent Health, which includes the hospital in Macon, Georgia, where Mattula works, partnering to recycle used pacemakers for use in dogs and other animals.

“Ultimately what came out of this was a fantastic collaborative program,” said Gregg Rapoport, clinical assistant professor of cardiology at UGA’s College of Veterinary Medicine.

A pet pacemaker typically costs about $3,000 to $3,500, whereas a brand-new pacemaker for a human can cost upwards of $8,000.
But animals can also use pacemakers when they’re no longer needed by humans to help regulate heart rate.

“Technology has pretty much advanced where most pacemakers have about five years left in them when we receive them,” Rapoport said. UGA has received about 65 pacemakers since the program officially started in February 2018, Mattula said.

It’s currently finishing up its inventory of pacemakers from another supplier and hopes to be fully reliant on the donated pacemakers from Navicent by the fall, Rapoport said.

UGA has received phone calls from people all over the place asking how they can donate a pacemaker, but for now Rapoport says UGA can take only those devices that are donated directly to Navicent.