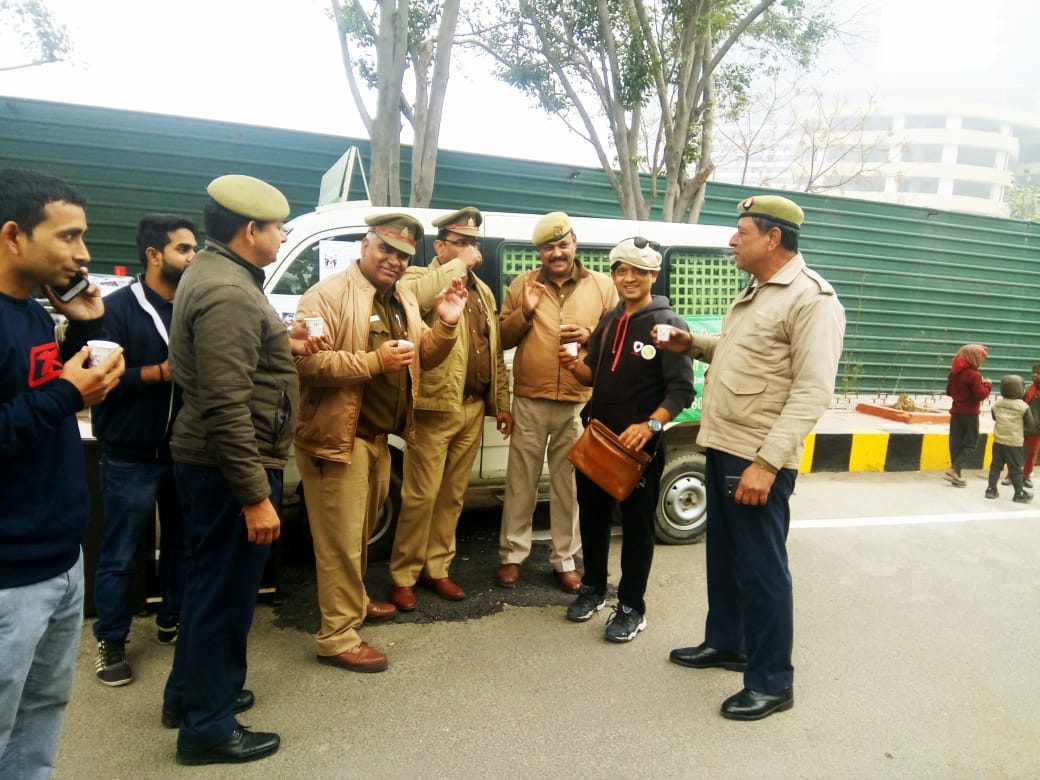 In association with Noida Authority and Noida Police, HSA Animal dispensary House of stray animals organized “Chai Pe Charcha” centering dog care in the city. Campaign kicked off to educate people regarding animal welfare, specifically dogs.
Program which started as rahgiri initiative was later joined by the local residents along with their pets. Federation of Noida Resident welfare associations (Fonrwa) played a vital role in enlightening people to adopt stray dogs. Speaking about the event Sanjay Mohapatra, founder of HSA dispensary said “ Animal welfare essentially needs to be the part of school curriculum. This will help to sensitize our future generations towards them. Simultaneously, adoption of stray dogs is an urgent call to avert dog- human conflict which is resulting in severe implications these days.” Lack of adoption is transforming into large number of stray dogs on roads. As a result, many of these get killed and are subject to cruelty by humans. This practice requires urgent correction, he informed.

HSA is a non-profitable Noida based group. It has set a free dispensary and mobile OPD for stray animals which operates 24×7 in sector-55.