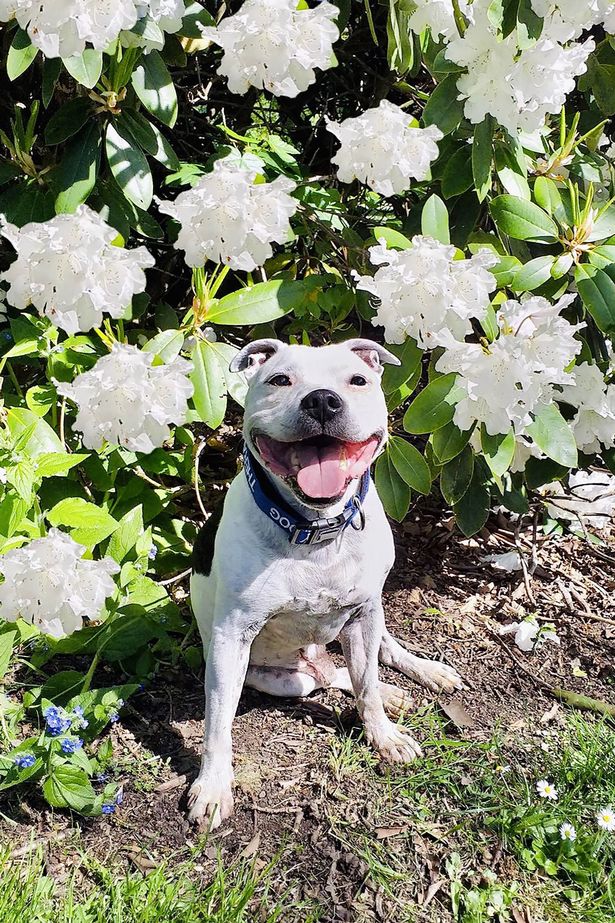 London, June 10, 2019: They say every dog has a day and this saying aptly fits for a Staffordshire Bull  Terrier who was saved by his owner two years ago and is now living an amazing life.

The Rescue pup Buster owns a luxury house. In this plush dog house, the pampered pooch can put his paws up after a busy day of eating and walking and watch his favourite wildlife shows. As well as a TV, the boudoir comes equipped with mood lighting, pictures and a fan as per media reports.Dog lover Sean Farrell found that Buster would spend hours on his own, so the 48-year-old decided if Buster wanted independence he would build him his own unique boudoir.

The freelance TV script writer said he decided to give up a corner in his living room after browsing the internet for some inspiration. Sean, from Birmingham, said to media, “I have had Buster for just over two years. He is a rescue dog and is wary of single men. I have spent a lot of time improving his trust and he has made great strides.

“I have been working really hard on his trust issues and he has improved so much.However, he still like spending time on his own so I decided if that was to be the case I would create space for him and build him his own dog boudoir. I wanted to let him know he can be safe around me and feel secure in his little den at the same time.’

Sean just bought some wood and plyboard and spent around 100 Pounds (Around Rs 8,800) in total. Simultaneously gave him some cosmetic including a TV and added some mood lighting. I also added a cooling fan and pictures of my old dog Zook which I stuck on the walls. He used carpet adhesive and painted it. Buster loves it and now he can be in the same room as me but also chill out in his own space. He says “His fur baby loves watching wildlife programmes in his boudoir they are his favorite. He loves the animal noises. His ears prick up and he is glued to the TV.”