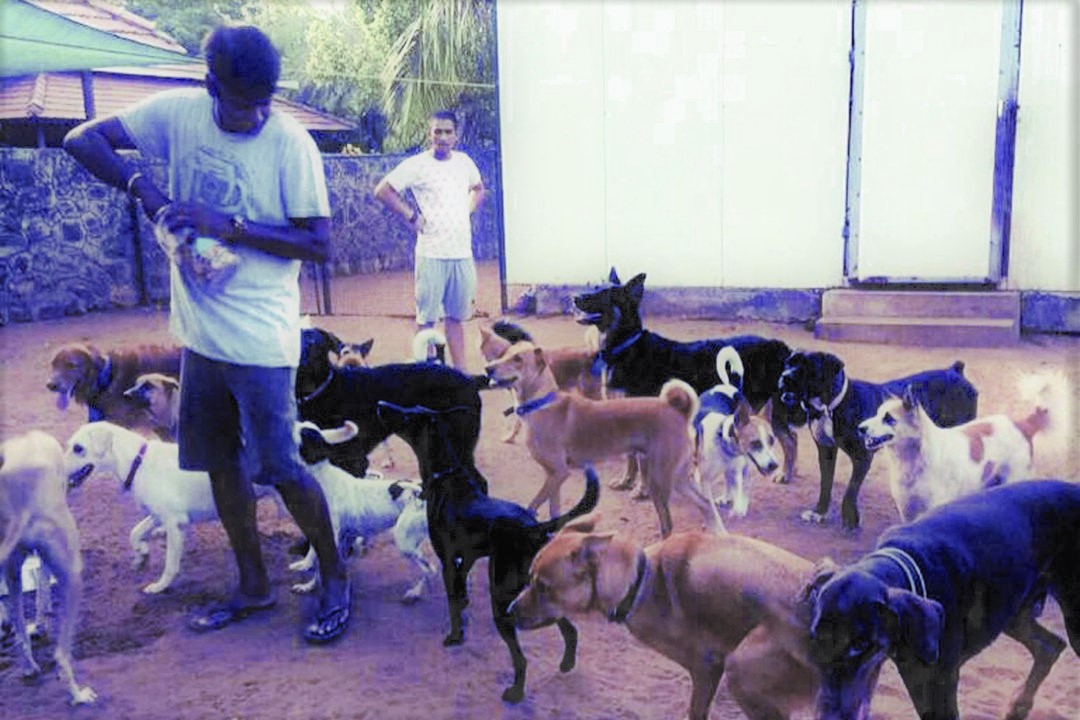 Hotel for Dogs founder to set up wildlife rehabilitation centre in Chennai to treat sick, injured and orphaned animals and later release them to their natural habitats

Even as the Chennai dog, Bhadra, whose pictures and video went viral a year ago for being thrown off a rooftop by two MMBS students, still awaits justice, we introduce you to Shravan Krishnan, animal activist and founder of Hotel for Dogs. “How are the two things connected?” you ask. Well! Krishnan, who has been in the forefront of animal cause in Chennai, was also instrumental in Bhadra’s rescue. “When I first spotted Bhadra last year, I thought she wouldn’t make it. But even with the all the injury, she was still wagging her tail. It was hardly a few days after the story went viral and the demand to adopt her was overwhelming.” She’s one year-and-six-month-old now, and after being treated for a year, can walk and run around perfectly. The puppy initially stayed with Krishnan, after it was found that she had spinal injury. “People would stand outside my house hoping to meet Bhadra or take a selfie with her because of how popular she had become,” Krishnan said. “There was a lot of media attention. Every day someone would come to take photographs of Bhadra, so my friend took the dog in his care.” Karthik Dhandapani, a friend of Krishnan and long time Blue Cross volunteer, took the stray under his care, two months after the incident. Soon, he decided to adopt her.

The 35-year-old has never had a pet in his life because his mother was never in favour of keeping one. But Bhadra has worked her charms on both. Krishnan said they received hundreds of adoption requests from all over the world. When the video went viral, Krishnan shared it on his Facebook timeline, offering to pay Rs 10,000 to anyone who could identify the culprits. At the same time, independent animal activist Antony Rubin got in touch with the police, and helped them identify the abusers. It’s been a year since an FIR was registered against the two medical students – Ashish Paul and Gautam Sudarshan – under Prevention of Cruelty to Animals (PCA) Act 1960 and sections 428 and 429 of the IPC. The police filed the chargesheet in March this year but the case against animal cruelty is still pending in the court as the two medicos were let off on bail. For Krishnan, however, it’s work as usual. He dedicates all this time to working with animals, wild or domestic. During our chat, Krishnan reveals he has started a shelter close to the location of Hotel for Dogs where he takes care of injured and abandoned animals, especially dogs and cats. The shelter is said to be self-sustaining as 15% of his income from the hotel is used to maintain the shelter and the animals that are there. “It can only host about 15 to 20 animals at a time. Moreover, it is quite far away from the city. But since I do a lot of rescues and know a lot of people who rescue animals, I realise one has to take them to private clinics because there are no shelters in the main city. That’s a costly affair. Therefore, I have been working to open another shelter and clinic where people can get good medical treatment at a lower cost as well as treat street animals for free. It’s something I have always wanted to work on,” he says. Krishnan also feels that he can also contribute to the rescue of wild animals that are found around the city. Chennai has a wide range of wild animals due to places like Guindy National Park, IIT, and Theosophical Society. He says, “Since our city boasts a lot of forest cover, there are a lot of animal species found here such as Black Bucks, Spotted Deer, Pangolins, Jackals, over 30 varieties of snakes and 200 varieties of birds. With a city like ours that is expanding, there is conflict of wildlife on a daily basis.” Krishnan wanted to start a rehabilitation centre for these animals where he could nurse them back to health and then let them free in the wild again. The purpose of a carer’s work is to raise or rehabilitate orphaned or injured native wildlife so that they may be returned to the wild, and live the natural life that was intended for them. They’re not pets; they simply need love and care to help them on their way. Caring involves feeding, keeping them warm or cool depending on the weather, providing a safe space to live, and making sure they receive any attention they need from a vet. “This is when I decided to approach Theosophical Society as it has a lot of untouched forest cover with extremely strict rules about wildlife protection in place. This place is very quiet and seemed like the ideal place for a wildlife rehabilitation centre,” he adds. The Theosophical Society asked him to revamp their existing animal dispensary first to get it running and funding.

As of now, Krishnan is working on the dispensary while putting the wildlife centre on hold. Currently, he is generating funds to help the process of revamping the centre. To contribute to the project, you can donate at the following website: https://www.bitgiving.com/besantmemorial. He has also started an aviary on his terrace as a space to nurse injured birds before letting them free again. With the sky as the limit we can’t wait to see what this young lad dives into next. Driven by his passion, there is no stopping him from helping all kinds of animals.