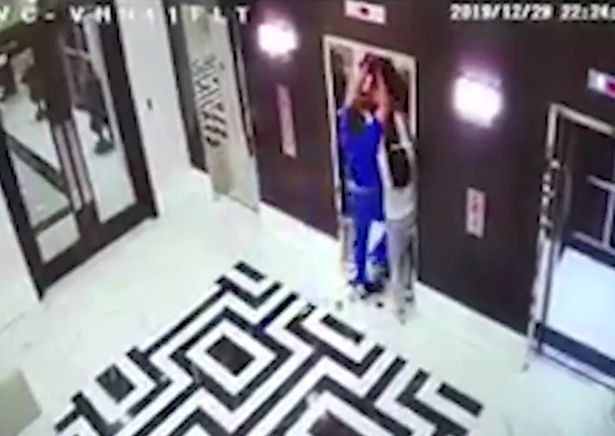 Canine got trapped between the elevator doors.

New York, January 1, 2020: Shocking footage shows the moment a doctor saved a dog’s life after he became trapped in an elevator door and almost choked to death. The incident happened when elevator doors at a Florida apartment complex closed on a dog’s leash and dragged the animal up toward the ceiling on Sunday.

Mutt was about to choke

As per Dailymail Mohammed Awad, a local doctor, is seen in the footage walking into the lobby at the Olympus Harbour Island Apartments, in Tampa. The dog, which is brown in color, then walks towards the elevator door and his owner appears not to know as the canine then becomes trapped between the elevator doors. Just moments later, the elevator car moves up and the dog is dragged up and choked by its collar. ‘The dog was basically like, choking, choking, choking,’ Awad told KHOU.  Awad and the apparent owners are then seen in the footage frantically trying to take the leash off the dog before they both fall to the ground.

‘I’m basically trying to break the leash away from the dog’s neck,’ Awad said. ‘You can see in the video, my first try I couldn’t get it and I basically looked up and thought in one second, ‘I can’t do this, it’s too hard but I’m going to try it one more time and give it everything I have. ‘I jumped up again and I basically last minute got it. The dog basically had one or two seconds left.’ Mohammed’s brother Faris posted the video along with the caption: ‘My Brother saved a dogs life.’ The footage generated much reaction on social media, with users praising Awad’s quick thinking. It is not clear whether the woman was the dog’s owner or was just looking after him. But neither the dog nor the doctor were harmed during the shocking incident.