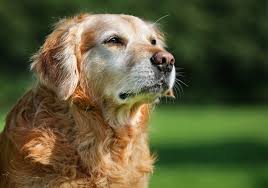 Older dogs may experience it early.

Sydney, September 9, 2019: If you’ve got an older and he is acting weird then you need to keep a watch. If he is not sleeping at night, seems anxious then these can be signs of dementia.By the time your pooch reaches the age of 14, she or he has a 40 per cent chance of developing canine cognitive dysfunction (CCD).

According to abc.net, scientists began to recognise the condition in dogs some two decades ago, and have amassed a large body of research into it. But many pet parents are surprised when it happens to their dog. Its prevalence comes down to the extended lifespan of our much-loved pets, said Tom Duncan, a researcher with the University of Sydney’s Brain and Mind Centre.

“With dogs and cats, everything is in fast forward. You’ve got a puppy, then an adult dog … a senior, and finally the geriatric. And that happens in a short space of time. Sometimes it’s a matter of months you can see that mental decline in them, ” Dr Fay said.