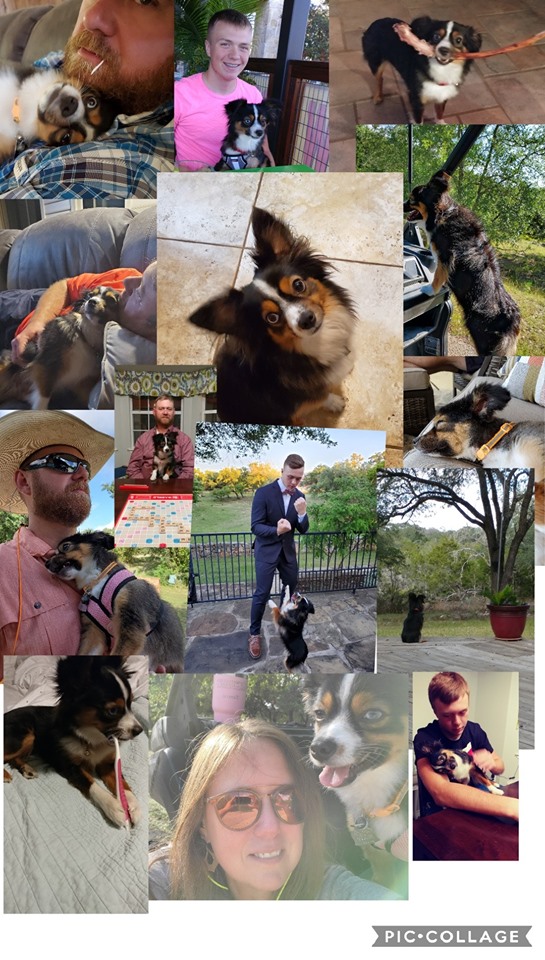 Blue-green algae blooms do not produce toxins, it is not possible to determine the presence of toxins without testing.

Texas, August 17,2019: A Texas woman is using the unexpected death of her beloved dog as a warning to other pet owners to be wary of water that may contain toxic algae. Tamra Massey, of Austin, told Fox 7 she took her Australian Shepherd, Fina, to the Guadalupe River on July 31. The dog, which “loved the water,” she said — began acting strangely not long after she finished her swim.

As reported by Fox News Fina, according to Massey, began to vomit, was “stiff-legged” and “got off balance.” She also claims the 3-year-old dog had “two seizures in less than 5 minutes” after emerging from the river, she told the news station.

Despite Massey’s best efforts — she quickly took the dog to the hospital — it was too late.

“Rushed her to the vet — that took about 15 minutes. Five minutes after that there was nothing they could do for her. Her diaphragm had seized up. He said that was one of the symptoms, muscle paralysis,” she said.“It’s been hard — it’s been really, really hard and I blame myself,” she told Fox 7. “I’ve been told not to but I just want people to not go through this.”

Massey claims the water was so clear she could “see straight through to the bottom.” Later, however, the Texas Commission of Environmental Quality confirmed to her that toxic blue-green algae were present in the river, which is located steps away from her backyard.

Experts say that the algae can form in different bodies of water.“Cyanobacteria (also known as blue-green algae) are microscopic bacteria found in freshwater lakes, streams, ponds and brackish water ecosystems,” explains the Pet Poison Helpline on its website. “They can produce toxins (such as microcystins and anatoxins) that affect people, livestock and pets that swim in and drink from the algae-contaminated water.”

“While most blue-green algae blooms do not produce toxins, it is not possible to determine the presence of toxins without testing,” the helpline adds. “Thus, all blooms should be considered potentially toxic. Very small exposures, such as a few mouthfuls of algae-contaminated water, may result in fatal poisoning.”

Dogs, in particular, are at risk of algal toxin poisoning, according to Greenwater Laboratories, which tests for harmful algal blooms. “The most sensitive individuals to algal toxin poisoning are those that ingest cyanobacteria when they are in the water,” it explains on its website. “Many times, those individuals are dogs, since they are entering and exiting algal blooms at shorelines. It is a good idea to keep pets out of the water when cyanobacteria may be present.” Symptoms to look out for after your dog has been swimming include vomiting, diarrhea, difficulty breathing, and hyper-salivation.