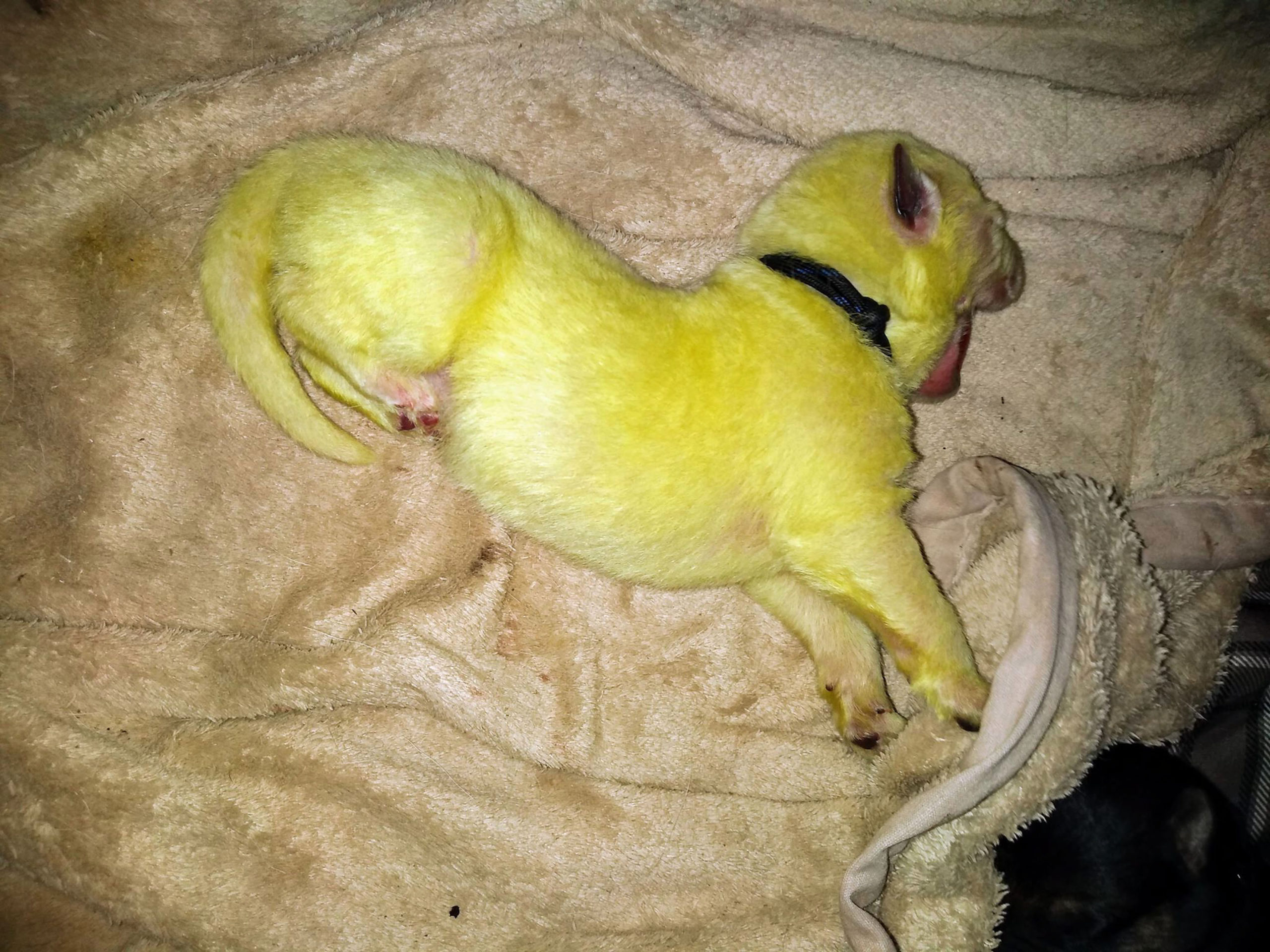 New York, January 18, 2020: One puppy in North Carolina is the standout among seven brothers and sisters becausee he was born with lime green fur. Shana Stamey and her family say their white German shepherd Gypsy gave birth to eight puppies Friday morning. It took about three hours. The birth went as expected until it came to puppy No. 4.

As for that color, Stamey says she knew it wasn’t harmful, but she searched again, just to be sure. Veterinarian technician Suzanne Cianiciulli with Junaluska Animal Hospital says the color is a stain from meconium, an infant mammal’s earliest stool. “The sack that they’re in when they’re in their mom, there can be meconium in there, and that tends to stain them,” Cianiciulli said. Shana Stamey and her family say their white German shepherd Gypsy gave birth to eight puppies, the fourth of which came out lime green.

White fur is especially prone to being colored by meconium. “Mom licks it away until I bathe it, and then, I guess after a couple of washes, it will finally fade out,” Stamey said. The family will look for loving families to adopt Hulk and his siblings when they’re old enough, but for now, they figure, like finding a shamrock, they’re lucky to have the green puppy in their lives.