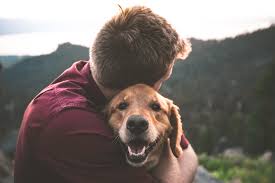 Compared to others mortality rate was found lower in dog parents

New York, October 13, 2019: Those who own dog have better health hence they live longer compared to others according to recent findings.The study, published in Circulation: Cardiovascular Quality and Outcomes, a journal of the American Heart Association, found owning a dog is associated with a 24 percent reduced risk of all-cause mortality and a 31 percent lower risk of death by heart attack or stroke compared to non-owners.

“These two studies provide good, quality data indicating dog ownership is associated with reduced cardiac and all-cause mortality,” said Glenn N Levine, the chair of a writing group on pet ownership.”While these non-randomised studies cannot ‘prove’ that adopting or owning a dog directly leads to reduced mortality, these robust findings are certainly at least suggestive of this.”

According to a report published in Newshub it is believed our four-legged friends help our health by increasing our physical activity and decreasing our rates of depression and loneliness.”Having a dog was associated with increased physical exercise, lower blood pressure levels and better cholesterol profile in previous reports,” said Caroline Kramer, Assistant Professor of Medicine at the University of Toronto.”As such, the findings that people who owned dogs lived longer and their risk for cardiovascular death was also lower are somewhat expected.”