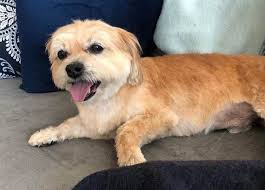 Their dog was stolen by a dog walker employed by the app.

New York, June 18, 2019: Technology is for the convenience of people, but blind faith on it can sometimes prove hazardous. In one of such incident, a couple’s dog was stolen by a dog walker employed by the app Wag .

Sophie and Max Troper live in New York City and adopted their dog Benny in 2015. Benny even walked down the aisle at the couple’s wedding last year.The couple began using Wag several months ago, usually multiple times per week. They wanted to ensure Benny was getting a walk and some love during the work day while they both were away.

According to the couple, one of them typically would schedule a walk with Wag, which would then inform them who was assigned to their walk. Then, the walker received a code to a lockbox hanging on their door. Only those assigned via the app were supposed to receive the code.On Thursday, the couple scheduled a walk for Benny as usual. At about 9:30 a.m., they were informed “Christian” was assigned to their walk. However, about an hour later, they got another notification that another walker had been assigned.

Pretty soon after, the couple got a call from their assigned walker. The walker couldn’t find Benny in the apartment. “Initially, we thought he might be hiding somewhere, as dogs tend to do. Max rushed home from work and quickly saw that Benny was gone,” the couple said to media.The couple immediately sprung into action, contacting police. They collected video surveillance from surrounding businesses, and eventually found footage of a suspect leaving with Benny in his arms around 11 a.m.

They also launched a social media campaign, even getting the attention of actor Olivia Munn, a spokesperson for Wag who is known for her animal rights activism.Sophie and Max said during the investigation and search for Benny they felt totally “stonewalled” by Wag, who they said “made empty promises” about how much they could help and were not responsive during the investigation.

Finally New York police found Benny safe and arrested a suspect. The suspect, 21-year-old Christian Madriaga of the Bronx, was charged with burglary in the case. After finding Benny sound and safe Sophie and Max are determined to hold Wag accountable.