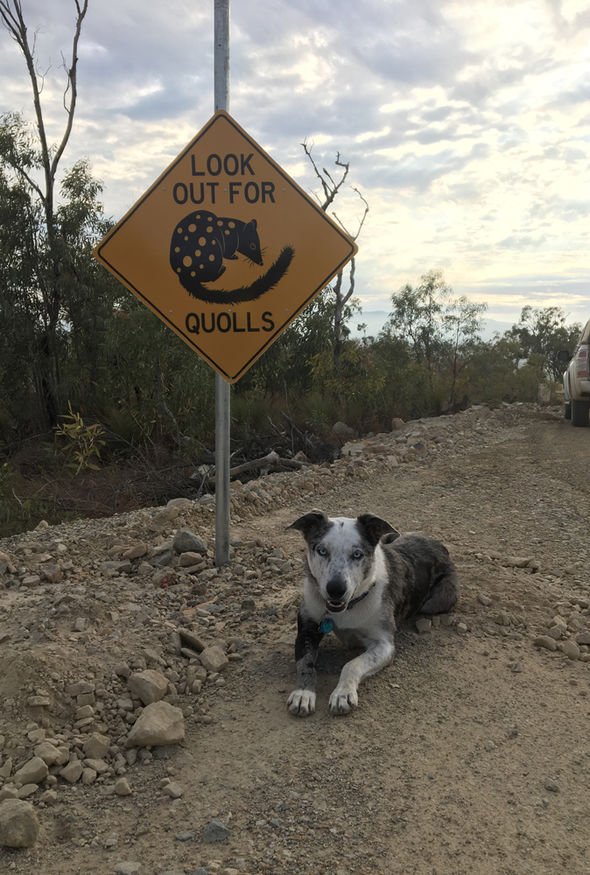 Their amazing sense of smell is being utilized for preserving wildlife

Bear the border collie-koolie cross’s high-octane personality meant his days were numbered as a pet, but a leading animal charity is harnessing his playfulness to help find endangered Australian quolls. The International Fund for Animal Welfare sponsored blue-eyed Bear through rigorous training when his skillset saw him chosen to become a frontline champion for the University of the Sunshine Coast’s Detection Dog Unit. Having gained fame for sniffing out the scent of koalas so they can be saved when loggers get to work in eucalyptus plantations, Bear is now being deployed to save some of Australia’s most precious creatures.
As reported by express.co.uk, with their shrew-like snouts and spotted coats, quolls look like a fantasy animal designed by a class of eight year olds. In fact, they were discovered by one of Britain’s greatest explorers, Captain James Cook, on his legendary 18th Century expedition in HMS Endeavour.

As some of largest carnivorous marsupials, distantly related to the notorious Tasmanian devil, quolls are vital to the sensitive ecology of Australia, yet are being bedevilled by many modern dangers. Mining, housing development, opening land up to farming and pest control poisons have conspired against them. The arrival of predatory cats and foxes followed by cane toads, a juicy but highly toxic meal, has also taken a toll on the quoll.
Protecting and preserving the four distinct species spread across Australia has become an environmental imperative. Finding these shy, nocturnal creatures requires the endeavor of the famous sea captain and this is where Bear is sailing to the rescue of the highly nocturnal and endangered northern quoll species on the Mount Emerald windfarm in Queensland.
Before the heat of the day takes hold and earthworks begin, Bear is out with handler Riana Gardiner. One sniff of essence of quoll and Bear drops to the ground, responding to the command of “show me” by indicating where the quoll is holed up in its den. Lots of play and exclamations of “good boy” follow, something that Bear can revel in as he was given up by his original owners because of his high energy and playfulness.

Sniffing out a quoll allows a worksite to be cordoned off or the animal relocated to a safer area. One of his recent finds saw a mother and her “joeys” protected with a works operation being halted in the area. Saving denning females is vital. Males can easily be translocated, although most die off at around the age of one because intense mating drives them to early graves.

IFAW has sponsored Bear throughout his rigorous training as part of the University of the Sunshine Coast’s Detection Dog Unit. The charity continues to cover his upkeep as a qualified detection dog.