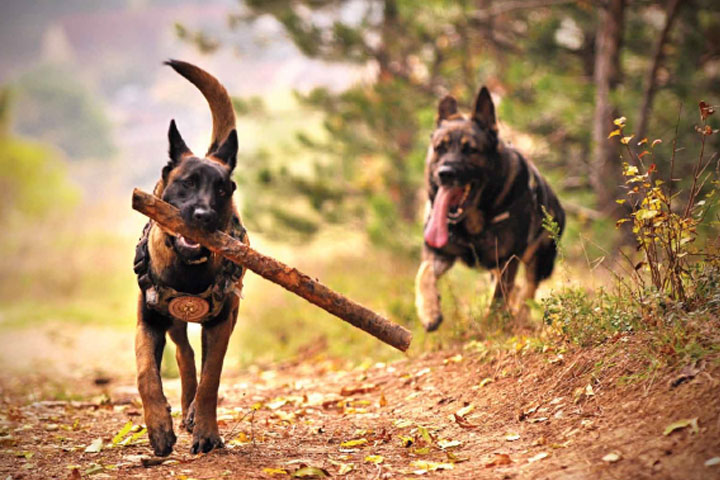 are the most effective means of preventing the tick-borne disease, writes

Canine ehrlichiosis is a bacterial disease caused by infectious bacteria from the Ehrlichia genus. Though this disease happens everywhere, it is more common in tropical regions. With global warming, the expansion of tick habitats and the prevalence of cross-border tourism, the chances of the disease spreading to non-endemic areas have increased.

How is a dog infected with Ehrlichia?

Ehrlichiosis is a disease that develops in dogs after being bitten by an infected tick. Disease transmission can occur in as little as three to six hours after the tick attaches, therefore prompt tick removal is crucial. Ehrlichiacanis (E. canis) is the most common rickettsial species involved in ehrlichia in dog, but other strains of the organism will occasionally be found. These bacteria live inside your pet’s white blood cells.

subsides in a day or two,

but treatment should be given for 28 days.”

Symptoms of ehrlichiosis in dogs

There are three phases to ehrlichiosis caused by E. canis: acute, sub-clinical and chronic. Each phase of this disease has differing or no symptoms at all. Symptoms only begin to appear between one and three weeks after infection. Common symptoms for all three phases of the disease are:

How is ehrlichiosis in dogs diagnosed?

If you notice your dog is not eating well, is lethargic, or has other symptoms of ehrlichiosis in dogs, you should visit your veterinarian.

Some of the tests that help in ehrlichiosis diagnosis are:

How is ehrlichiosis treated?

Antibiotics, such as doxycycline, are the primary treatment for ehrlichiosis in dogs. Recovery is excellent in acute ehrlichiosis treated early. Fever usually subsides in a day or two, but treatment should be given for 28 days. If the infection is longstanding (chronic ehrlichiosis), the recovery is not sure. Prolonged courses of antibiotics are needed. Your veterinarian will discuss treatment options with you as some supportive medications such as steroids may be needed depending on the clinical state of the patient and blood parameters. Dogs experiencing severe anemia or bleeding problems may require a blood transfusion.

Ridding the dog’s environment of ticks and applying flea and tick preventives are the most effective means of prevention. There are plenty of options available, including topical, tablet, and chewable medications. Your veterinarian will be able to help you find the best option for your pet.

Can I get ehrlichiosis from my dog?

No. However, humans can get canine ehrlichiosis from tick bites. Since dogs and people are often exposed to the same tick population, it is possible for people and dogs in the same household to test positive for ehrlichiosis.

“Represents the stage of infection in

which the organism is present but

is not causing any outward signs of

disease. Sometimes a dog will pass

through the acute phase without

its owner being aware