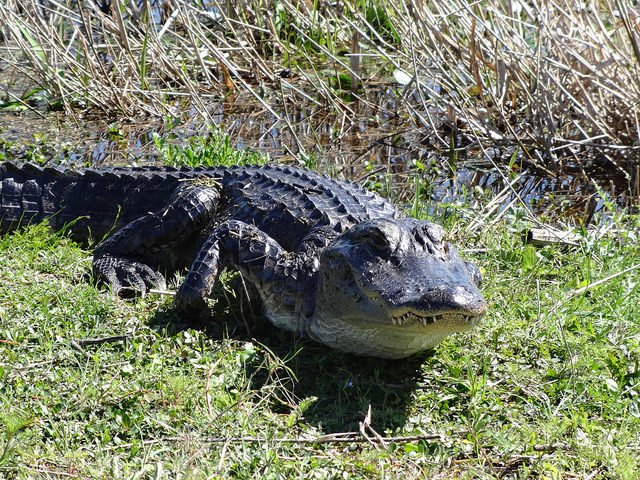 He heard the commotion from inside his house and ran out to find both the dog and the gator in the canal behind his home.

New York, August 6, 2019: A pet owner in Nokomis, Fla., recently wrestled his black lab from an alligator’s mouth after the reptile managed to get a hold of the dog on Friday afternoon.

According to Fox news The man, who was not identified, had reportedly heard the commotion from inside his house and ran out to find both the dog and the gator in the canal behind his home, according to My Sun Coast. He then jumped in, pried the gator’s mouth open and retrieved the injured dog.The man, too, was injured, although a representative for Florida Fish and Wildlife said both are expected to be fine.

“He got injured, either prying the mouth open or, it’s still kinda sketchy of how he got , but it was from the alligator,” Lt. Rob Gerkin of the Florida Fish and Wildlife Officer told the outlet.Authorities captured the gator, which was said to be nearly 10-feet long, on Friday night.Coincidentally, the man’s neighbor, Kelley Ayers, claims she contacted a trapper to rid the canal of the gator earlier that same week, after spotting it in the canal and snapping a photo.

“They got him last night! He was 9 feet 9 inches,” she wrote on Facebook after the alligator was caught. “Huge… so glad my neighbor and dog are OK!”