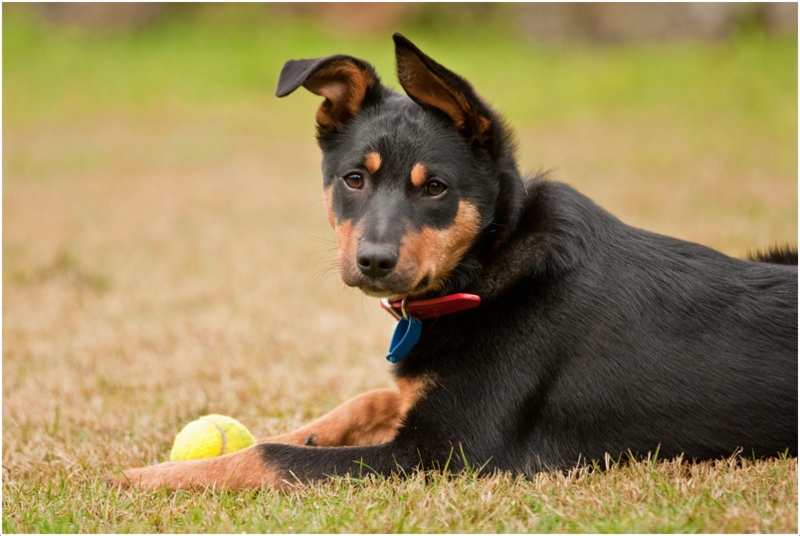 Genetic evidence shows kelpies have no detectable dingo in their DNA.

Sydney, May 31, 2019: Researchers at the University of Sydney have found no genetic evidence that the iconic Australian kelpie shares canine ancestry with a dingo, despite Australian bush myth.The paper, published in the journal Genes, is the first peer-reviewed study of its kind to find that the domestic and wild dogs share no detectable common DNA in genes impacting coat color and ear type.

According to Science Daily, some kelpie owners and “old-timers” in Australia believe the kelpie breed contains genes from the Australian dingo, said Professor Claire Wade in the School of Life and Environmental Sciences.”It has been said that the dingo was mixed with the kelpie, which originally came from Scotland, to produce a more-resilient and hardy dog that could withstand hot, dry Australian conditions,” Professor Wade said.

“Our analysis shows there is no genetic evidence for this from any genes affecting the way the domestic and wild dogs look,” Professor Wade says.Professor Wade, who is an expert in dog genetics, said some people have come to believe there is a connection simply because the two dogs look similar. They both have pricked up ears, a similar body shape and hair texture, and some kelpies are yellow or cream in colour.

“There’s a bit of Australiana and sentiment here,” Professor Wade said. “We wish the Australian kelpie was somehow special or unique to us. But the breed has come from Scotland and the way we made it our own was by selecting it for our harsh climate.”The study characterized known gene variants of both kelpie types (Australian kelpie — conformation; Australian working kelpie — herding) and compared the variants present with those in sequenced Australian dingoes.Genes assessed included identified coat color and ear type variants. None of the coat colour or ear type genes analysed offered support for a shared family history.

The kelpie was brought to Australia in the late 1800s from Scotland. They are a herding dog derived from the Scottish smooth collie or farm collie. There are two types of kelpies developed in Australia: the working kelpie, which has been selected specifically to handle the Australian climate and working conditions, and the conformational kelpie, which is usually a single colour all-over and is more likely to live in the city.

The best-known Australian kelpie in popular culture is Koko, the dog in the movie Red Dog.Dingoes are believed to have arrived in Australia more than 4000 years ago, most likely with Asian seafarers.The kelpie samples in the research were obtained as part of a larger genetic project helping breeders produce the best possible working dogs. Owners of working kelpies are invited to take part in a survey of current working dogs and their behaviours.