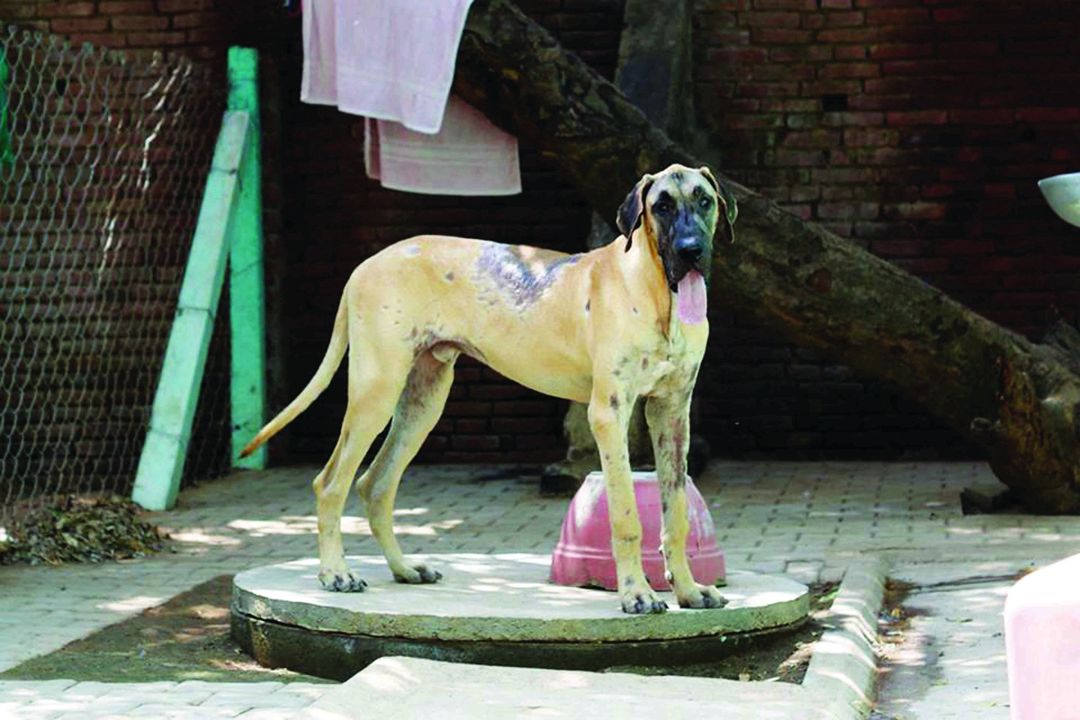 A new study may bring little disappointment to the masters of adorable cute, furry canines. It says, Bigger dogs, with larger brains, perform better on certain measures of intelligence than their smaller canine counterparts.
According to the analysis, conducted by University of Arizona, Larger-brained dogs outperform smaller dogs on measures of executive functions — a set of cognitive processes that are necessary for controlling and coordinating other cognitive abilities and behaviors. In particular, bigger dogs have better short-term memory and self-control than more petite pups, according to the study published in the journal Animal Cognition..
“The jury is out on why, necessarily, brain size might relate to cognition,” said lead study author Daniel Horschler, a UA anthropology doctoral student and member of the UA’s Arizona Canine Cognition Center. “We think of it as probably a proxy for something else going on, whether it’s the number of neurons that matters or differences in connectivity between neurons. Nobody’s really sure yet, but we’re interested in figuring out what those deeper things are.”
Canine brain size does not seem to be associated with all types of intelligence, however. Horschler found that brain size didn’t predict a dog’s performance on tests of social intelligence, which was measured by testing each dog’s ability to follow human pointing gestures. It also wasn’t associated with a dog’s inferential and physical reasoning ability.
Published in Science Daily the study’s findings mirror what scientists have previously found to be true in primates — that brain size is associated with executive functioning, but not other types of intelligence.
“Previous studies have been composed mostly or entirely of primates, so we weren’t sure whether the result was an artifact of unique aspects of primate brain evolution,” Horschler said. “We think dogs are a really great test case for this because there’s huge variation in brain size, to a degree you don’t see in pretty much any other terrestrial mammals. You have chihuahuas versus Great Danes and everything in between.”
Horschler’s study is based on data from more than 7,000 purebred domestic dogs from 74 different breeds. Brain size was estimated based on breed standards.
The data came from the citizen science website Dognition.com, which offers instructions for dog owners to test their canines’ cognitive abilities through a variety of game-based activities. The users then submit their data to the site, where it can be accessed by researchers.
Short-term memory was tested by dog owners hiding a treat, in view of their dog, under one of two overturned plastic cups. Owners then waited 60, 90, 120 or 150 seconds before releasing their dog to get the treat. Smaller dogs had more difficulty remembering where the treat was hidden.
To test self-control, owners placed a treat in front of their seated dog and then forbade the dog from taking it. Owners then either watched the dog, covered their own eyes or turned away from the dog. Larger-breed dogs typically waited longer to snag the forbidden treat.
Horschler and his colleagues controlled for whether or not the dogs had been trained. They found that larger-brained breeds had better short-term memory and self-control than smaller dogs, regardless of the extent of training the dogs had received.
In the future, Horschler said he’d like to do comparative studies of cognitive abilities in different breed varieties, such as the miniature poodle and much larger standard poodle, which are essentially the same except for their size.
“I’m really interested in how cognition evolves and how that arises biologically,” Horschler said. “We’re coming to understand that brain size is in some way related to cognition, whether it’s because of brain size specifically or whether it’s a proxy for something else.”