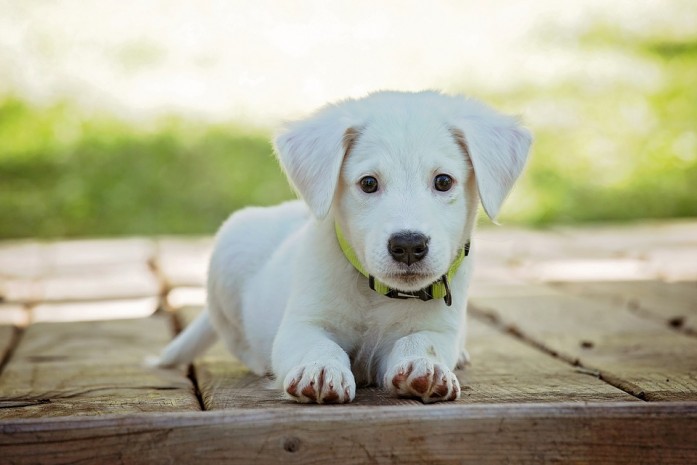 Local governments and organisations in areas native to the breeds are trying to raise interest in such indigenous dogs to reverse the trend.

At a zoo in Wakayama in early April, children squealed with joy when two dogs appeared, accompanied by a zookeeper. The children enjoyed petting and taking photos with the Kishu dogs, which are native to Wakayama Prefecture and the surrounding area.

Kishu have been used as hunting dogs since before World War II, and have also been kept as guard dogs. But they are seen less frequently nowadays.

Last autumn, the Wakayama city government launched a puppy breeding display at the zoo. The dogs are usually kept behind fences, but come out to be petted by visitors for 15 minutes each morning and afternoon.

“The dogs are still puppies, but many people admire their agility and the dignified expression they sometimes show. First of all, we want people to appreciate the appeal of Kishu dogs,” a city official said.

According to the Nihonken hozon-kai (Japanese dog preservation association), the population of Japanese breeds continues to decline.

Among the various native dogs, numbers on record of the four medium-sized breeds have significantly declined from 5,140 in 1989, to 689 in 2018. There are even concerns that they might disappear completely.

The main reason for the shrinking population of indigenous breeds is that the popularity of mid-sized dogs, which need to be taken on long walks, has been surpassed by small Western breeds, which can be kept indoors.

“Because medium-sized Japanese dogs are originally hunting dogs, we could make use of their unique characteristics to help in combating damage caused by wild animals, which is a problem all over Japan. We still have to prove their usefulness in the society,” Nihonken hozon-kai’s Tokyo branch head Kazuaki Iwasa said to media.

For about four years, two Kishu dogs have been trained and used for the prevention of damage by wild animals at Token Tado Country Club in Kuwana, Mie Prefecture.

The country club has frequent visits by wild boars, deer and monkeys that damage the flower beds and grass on the golf course, but since the introduction of the Kishu dogs, there has apparently been a noticeable difference.