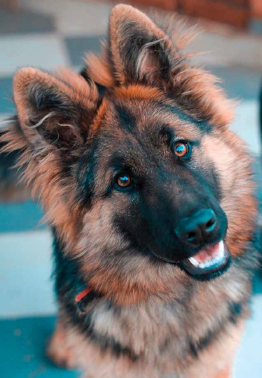 It’s pretty adorable when my lil’ buddy tilts his head to the side and looks up at me with those puppy dog eyes. But lately I’ve noticed that he persists with head-tilting and also keeps shaking his head. He also rubs his ear against hard objects. Could it be a sign that my pup is suffering from a dog ear infection?
– Prerna Gauri, Gandhinagar

Among the most common signs of dog ear infections are whining, shaking the head, and pawing at the ears. After all, those ears hurt and your dog is trying to stop the pain. As you inspect the ears, however, you may find they smell or have a discharge. That’s common with ear infections. As a proud pet parent to a lovable pooch, you should be prepared to one day help your canine companion fight off an ear infection. Why? For one thing, your pal’s ear canal is mostly vertical unlike yours, which is mostly horizontal. This vertical orientation makes it easier for dirt, debris, and moisture to get trapped inside the ear and lead to infection. There are a lot of reasons why dogs get ear infections, which are one of the most common health problems dogs faces. The medical term for an ear infection is otitis, or an inflammation of the ear. Your doggie could get one of three types, depending on
what part of their ear is affected?

Otitis Externa is the most common, but it’s important that you always take your pup to the veterinarian if you suspect an ear infection, even if their symptoms are mild. Ear infections can spread deeper into the ear canal, causing nerve damage, equilibrium issues, and hearing loss.

There are a lot of factors that can contribute to your pooch developing an ear infection. Some common ones include excess hair in the ear canal, earwax build-up, or too much moisture. However, these factors are only contributors.

Ear conditions are very unlikely to clear up on their own and the longer it remains untreated the harder it is to clear up the problem. It’s true that some breeds of dogs – ones with long dangly ears such as Springer Spaniels – are more prone to ear problems than others. Dogs which spend a lot of time in water may also suffer from regular ear problems, as well as dogs with allergies. If your dog is the kind of breed that is susceptible to ear problems or has long ears, make it a part of your grooming routine to check their ears regularly. Keep the ears clean and if you spot a problem contact your vet to see if they think further investigation is needed.