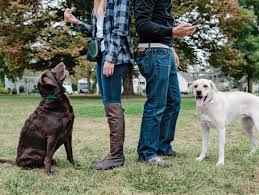 People who come in to a shelter to adopt a dog have different preferences on the basis of their own gender.

New York, May 7,2019: Though It may seem that gender issues crop up only among humans but a recent report published by Psychology Today says even our furry friends does not remain untouched. It is presumed that women are affectionate and men are more aggressive and dominant. But this equation does not applies, when it comes on to Dogs.

For some types of breeds, like the Terriers, there appears to be very little in the way sex differences in their behavior. But for other types of dogs, particularly the sporting and working breeds, behaviorists and breeders seem to agree that it is the male dogs that crave affection and human interactions more than the females. Females tend to be more independent and require more alone time. That’s not to say that female dogs don’t form loving bonds, it’s just that once they get their fill of affection they often go off and find a quiet spot to spend some time by themselves. Contrast that to male dogs that soak up all the attention their human family is willing to offer and then still want more.

A recent which was based on research by team of investigators headed by Barbora Vodičková of the University of Veterinary and Pharmaceutical Sciences at Brno (the second-largest city in the Czech Republic) involved examination of the records of 955 dogs who were adopted out of a single monitored shelter over a seven-year period. Much like the scant findings from earlier research, these researchers found that significantly more dogs were adopted by women than by men (53% versus 47%).