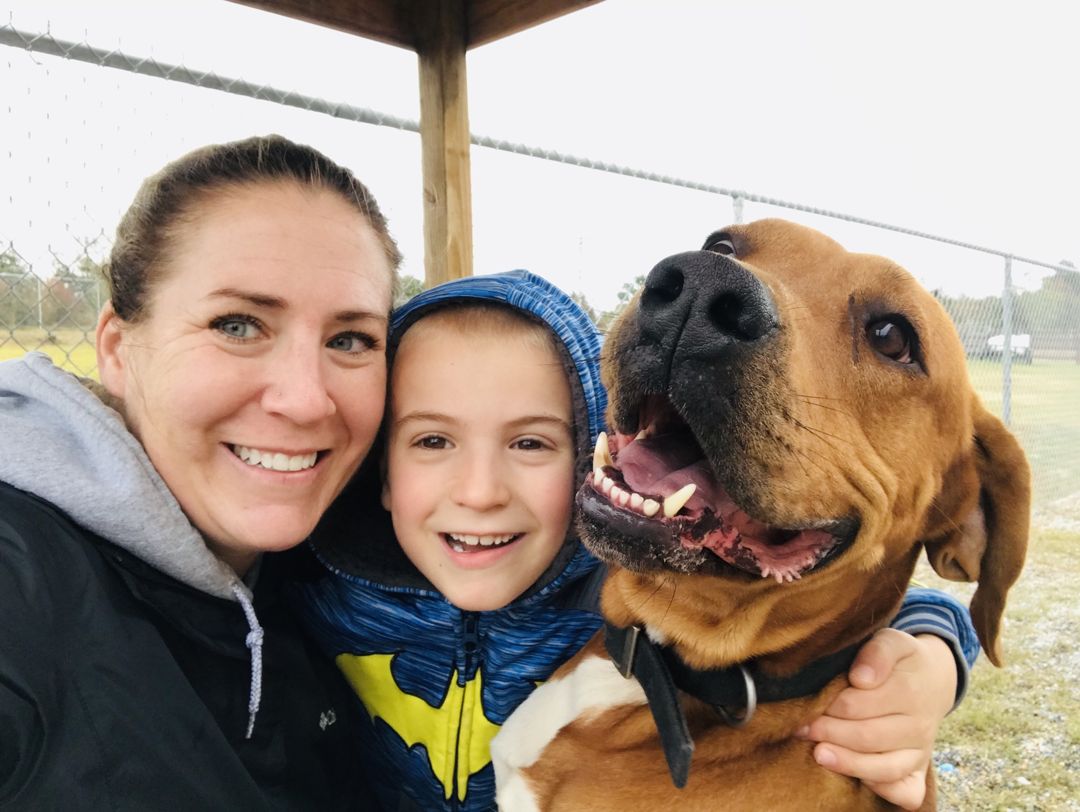 Seven-year-old Roman proves that even children can make a difference when it comes to finding forever homes for strays as he along with his mother helps rescue more than 1,000 dogs from kill shelters in Texas, US.

There’s a lot we learn from our parents. Kindness is one of them. Around mid-2015, Jen, mother of Roman, began to volunteer at a local Texas shelter and with local rescues. As we know, an animal shelter homes the dogs for some time in the hope that someone will come forward to adopt them. But they are not kept there indefinitely. After some time, if the dog is not adopted, it is put to sleep. In the US, some shelters kill healthy homeless dogs because they run out of space. This is also done in many other countries. Jen, who is from Washington state, was shaken by what she saw in Texas. In July 2015, the family adopted Luna from a Texas kill shelter. Luna and the entire adoption experience changed thousands of lives. The family began to think about how they could find more Texas shelter dogs a home. Jen joked that if she was granted one wish, she would probably want an underground railroad so that dogs abandoned in Texas could travel to places where they would not be put to sleep. This joke became a reality and Project Freedom Ride was born. The pair began raising money and helping their local shelter in Texas relocate hundreds more dogs to the Pacific Northwest. While Jen worked at the shelter, Roman helped do everything from making marketing videos for the dogs to calling families interested in adopting them. They contacted groups in Washington that rescue homeless dogs. They agreed to keep the dogs that PFR transported from Texas. On December 6, 2016, the first fortunate batch of 31 dogs moved out of Texas for Washington.

By now, you must have guessed that Roman’s parents love dogs. By the time Roman was born, the family had two large dogs ambling around the house. Roman grew up with them and so, it is natural that he loves dogs. Around his fourth birthday, he began to collect funds for a rescue mission that he saw. “Roman became our spokesperson,” says his mother. So, what exactly does Roman do? He helps his mother save kill shelter dogs by having them moved to a place where they will not be put to sleep. There, the local shelter tries to find each dog a home. Sometimes, Jen and Roman help find a loving home. If that sounds simple, let us assure you, it is not. At times, the family may not get along with the dog. That’s when another family needs to be found. If all fails, the dog may be returned to Texas where they have rescue partners they work with as well. These same rescue partners save dogs from shelters and send them on Project Freedom Ride Transports.

Young as he is, Roman has understood that it is important to let people know more about each dog. That increases the dog’s chances of being adopted. So, he makes videos for which he visits the local shelter in Augsuta GA every week. He also raises awareness among people. If you meet him, he’ll probably talk to you about how to be a good pet owner, rather than discuss video games! He meets the dogs as they get off their transport, and hands them over to their new families. Roman’s enthusiasm and kindness guide his family now. “We have a seven-year-old boy who has very much become the driving force behind our survival,” writes Jen.

If this sounds easy, it is not. Transporting dogs 2,000 miles can be costly, putting them back by US $5,000 – $15,000. All the money comes from what people donate. It is left to roman and his mother to raise the money every month. “Luckily our donors and supporters have never let us down. They’re amazing!” says a grateful Jen. PFR has helped save more than 50 cats and 1,380 dogs since it started in December 2016. “Roman’s actually pushed us to be better people. We just support him in all he does and grow because of it,” writes his mother, Jen, who is the founder of PFR.