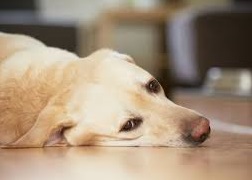 A pet parent to several creatures, including a St Bernard, a Labrador and an iguana, Aakash Vimal is on a mission to help as many abused and abandoned animals as possible

New Delhi, October 31, 2019: It is said that a person’s true kindness is determined by how they treat animals. Anyone who has ever been a pet parent or an animal lover understands how precious the life and wellbeing of each creature is and how important it is for humans to spread warmth and kindness towards all beings. Aakash Vimal, a former restaurant manager, who was born and brought up in Delhi, discovered his love for animals at a very young age.

A budding chef who changed his life track to become an animal rescuer, his life has truly been dedicated towards the welfare of animals. He joined various NGOs like People for Animals, Wildlife SOS and Jain Charitable Bird Hospital in Chandni Chowk to work for the welfare of the animals and is currently has his own YouTube channel called Wildly Indian dedicated to his rescue mission and his eight pets. It all started when he was just 13 years of age and decided to rescue a stray dog and her six puppies.

Because he was young and at loss of much support, he had to let go of all the puppies and their mother, but he made sure that each one of them found a happy and welcoming home that took care of them and loved them forever. “I want to help as many animals as I can because there’s not enough help coming for them in many parts of the world. Animals are euthanized or ill-treated because of the unavailability of a perfect home for them or medical conditions,” he says. In a short span of nine years, he and his team comprising Ajay Pal Singh, Rahees Khan, Deepak Karki and Rohit Giri have rescued more than 200 animals, including dogs, cats, owls, pigeons, black Indian kites, falcons and pheasants, also known as game birds.

Being an animal lover, he conducts workshops to encourage the youth towards the welfare of wild animals.Though looking after his eight pets and the rescued animals can be financially tough, he manages to earn just enough with the help of his YouTube channel and by performing music at cafes to provide them with the required medications and best quality food. Aakash has been studying the behavioural aspects of all kinds of animals and promotes the wellbeing of wild animals through his workshops that mainly focus on what a pet parent should know about their animals’ behaviour, health and hygiene. He motivates people to adopt abandoned animals and his energy for animal welfare is contagious.
Although he has overcome many challenges, one challenge that remains is cruelty towards animals and he stands firm against animal abuse and their rights. He says, “Just because they can’t take a stand for themselves, it doesn’t mean that anyone can ill-treat them. The saddest fact is that people actually practice animal cruelty.