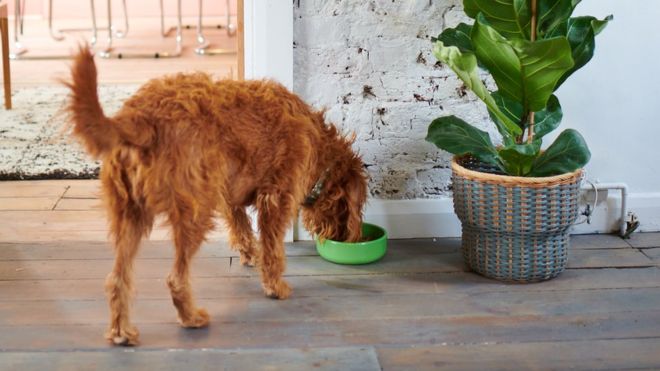 As dogs spend a lot of time outdoors they can be especially at risk.

San Francisco, June 15: The hazardous effects of global warming are not only limited to hurricanes and soaring temperature, but It is also expanding the distribution of diseases that can sicken or even kill dogs, putting more pets at risk for diseases their owners have never had to deal with before.

Many parts of USA are witnessing outbreak of various diseases in dogs due to the effects of global warming. As per the report by USA Today, while diseases in dogs are not tracked as intensively as those in humans, veterinary epidemiologists and biologists say Rocky Mountain Spotted Fever, a bacterial disease that can cause fever, joint pain and vomiting, is moving into California and Texas. Heartworm, which can damage the cardiovascular system and clog the heart, is spreading beyond its traditional home in the south and southeast. Lyme disease, which can cause joint swelling and lameness, is now affecting dogs as far north as Canada.

“The veterinarians need to know what’s local. But what’s out there is changing so fast, how are you going to keep up?” said Janet Foley, a professor of epidemiology at the University of California, Davis, School of Veterinary Medicine.Many of these diseases also affect humans, but because dogs spend a lot of time outdoors and in vegetation, they can be especially at risk.

To be sure, making the link between the expansion or shift of ticks that carry diseases, infection rates and local dog populations is not an easy task. There are no mandated reporting requirements as there are for some human diseases. Data on tick and mosquito distribution is piecemeal in many areas. Tests for some of the diseases that appear to be on the move didn’t exist even 10 years ago, so it’s difficult to judge their historic range. Even so, many scientists are seeing patterns and links that point them toward climate change as a significant part of the changes they’re seeing.

“There’s no smoking gun and there will never be a smoking gun. We’re trying to connect two things that operate at very different scales both in time and space,” said Ram Raghavan, a professor of spatial epidemiology at the College of Veterinary Medicine at Kansas State University in Manhattan, Kansas.

And yet he’s documented significant changes to the tick populations in the Midwest, both in tick infestation intensity, area and when ticks are active. For example, his team’s surveillance in western parts of Kansas and Oklahoma found Lone Star ticks that didn’t use to live there. These ticks can carry Ehrlichiosis, a disease that in dogs can cause bruising of the gums, bleeding from the nose and lameness.