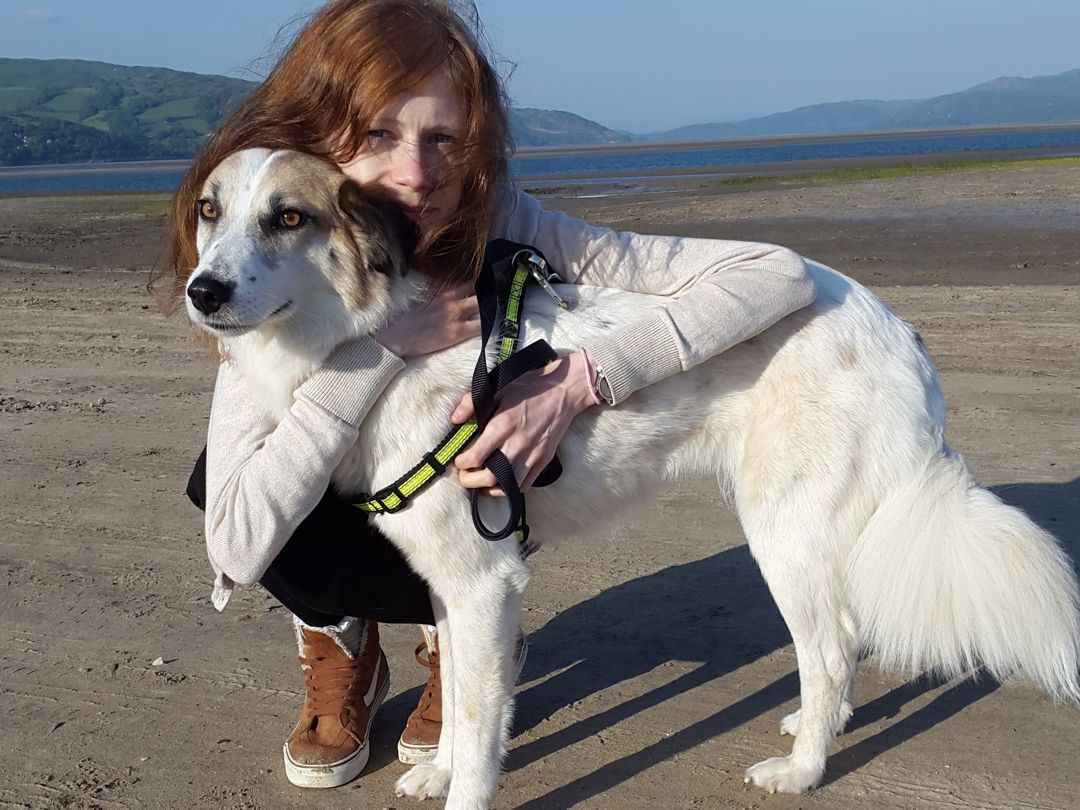 Rosie Tilley feels privileged that her Romanian rescue dog Mishka not only accepts and trusts her as part of her pack, but also treats her as best friend

I had always thought that rescuing a dog was the way forward for me. I wasn’t looking to take on a puppy and though I’d heard so much about behavioural issues in rescue dogs, I was ready for the potential challenges it could present.At the time, I met a number of dogs rescued from different countries in Europe and was moved by their stories. These dogs were survivors and though often nervous, they had been noticeably gentle, loving characters. Also, I was in awe of their owners. I mean, taking on a dog they’d never even met before! It sounded a scary prospect and I never considered this an option for me until seeing an advert online for the dog that would later change my life.

I replied to the advert after scouring the internet unsuccessfully for what seemed like forever. I began to feel like I’d never find a suitable match!The next day, I received a call back from Mishka’s rescuer, Dave. An admirable man for his commitment out in Romania saving these dogs, Dave explained that he had rescued Mishka, then named Mama, after finding her out in the woods.

He found her chained up, puppies tied to her with copper wire and seriously dehydrated. Dave spent days gaining her trust enough to get close to her and her pups, to whom she had continued to be a fantastic mum, despite her malnourished state. He then helped her to get back to full health and bring up her young pups. Mishka’s story touched me. I felt a connection somehow and Dave said I sounded right for her too.

I arranged to meet her in her UK foster home and from the moment I met her, this dog, this little fighter became my everything. Her love and affection and trust in me still astonishes me a year later, and her intelligence and almost human-like way of communicating with me, never ceases to amaze me.

Previously suffering through bouts of anxiety, she has helped me regain my confidence and her gentle nature and therapeutic calmness bring happiness to the people we meet everyday. Though still struggling with occasional reactive behaviour towards selected humans, no doubt due to mistreatment in the past, Mishka is doing extremely well and has so much love to give.

I can’t imagine my life without her after saying previously that I’d “never consider a Romanian rescue dog”. These dogs are one of a kind – gentle souls, astoundingly accepting and trusting of their owners and I would highly recommend people consider one of these dogs as there are so many of them looking for their forever homes, safe away from the dangers faced on the streets and the horrific conditions of kill shelters in Romania. These dogs really can flourish and with time and patience, can grow to become loyal, loving, and rewarding companions.

Though I found Mishka through a private advertiser and without going through a registered charity, numerous non-profit rescue organisations can be found online, all working tirelessly and mercilessly to find these dogs loving homes. Their hard work is admirable but ongoing, with huge numbers of dogs still needing help and the problem of strays in Romania seemingly not being overcome any time soon. The sheer volume of stray dogs in Romania is a huge concern and the abundance of understanding on how to best deal with this issue is a scary thought to ponder, especially if we consider how rapidly these numbers have increased up to now. But these dogs need help and awareness of the situation needs to be raised.

As a street dog, I see Mishka as more than just a pet, she’s essentially a wild dog. I feel privileged that she has accepted me and trusts me. I’m part of her pack and she is my best friend.