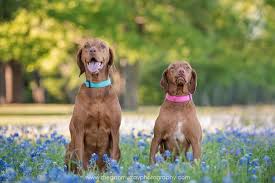 Dogs and Cats may be carnivorous but that hasn’t stopped a surprising number of pet owners from wistfully wishing they could switch their furry friends to a plant-based diet – or even already doing so.

A survey of more than 3,670 dog and cat owners from around the world found that 35 per cent are interested in putting their pets on a vegan diet while 27 per cent of respondents who follow a vegan diet themselves have already done so. Around 55 per cent said that certain measures would need to be met in order for them to commit to changing their pet’s diets, such as gaining veterinarian approval and ensuring their animal’s nutritional needs are met.

As reported by media, study’s lead author, Dr. Sarah Dodd of the veterinary college at the University of Guelph, Canada,  which conducted the study said, she was surprised at how many pet-owners were already feeding their animals exclusively vegan food. “That percentage, 27 per cent, might sound like a small number, but when you think of the actual numbers of pets involved, that’s huge, and much higher than we expected.” Dodd also stated that study suggests the interest surrounding vegan pet diets may increase in the coming years.

“People have been hearing about how vegan diets are linked to lowered risks of cancer and other health benefits in humans. There is also growing concern about the environmental impact of animal agriculture. So, while only a small proportion of pet-owners are currently feeding plant-based diets to their pets, it is safe to say that interest in the diets is likely to grow.”