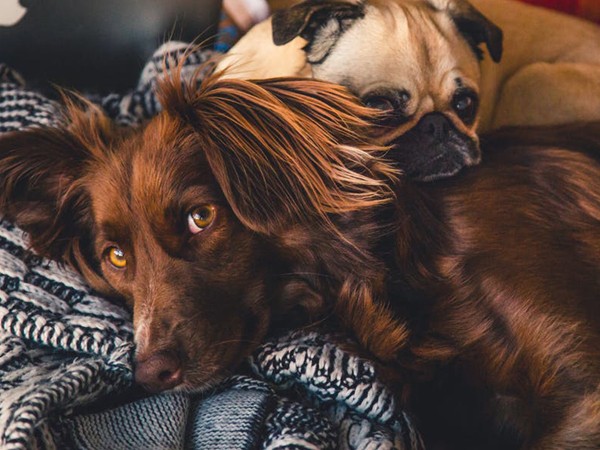 Brisbane, August 13, 2019: Berlin the beagle was Teresa Griffo’s “piece of gold”. Ever since her family brought the pup home in January, Griffo said the house was filled with “so much happiness”. But the pair had an even closer bond. “I’ve been battling with depression and Berlin was like a therapy dog for me,” the 20-year-old told 10 daily. “I was so happy to wake up with her every day … now everything is so quiet.

As reported by 10 Daily, Griffo said she is still shock after the 10-month-old pup died early on Friday morning, only hours after her afternoon walk at Waterfront Park in Newstead. “Every morning and afternoon, we’d take her on walks at the same park. We’d always take the same route,” she said. That afternoon, Griffo’s parents walked Berlin while she was at university. When she arrived home that night, Berlin was already at an emergency vet clinic. By 2am, her condition had quickly deteriorated. “The vets told us we had to make a decision whether to put her down,” Griffo said. “But there was nothing we could do.”

Berlin is one of several dogs who have died from suspected dog baiting after visiting the same park in Newstead this week. RSPCA Queensland confirmed to 10 daily two deaths have been reported, but several local groups claim there have been more.Rescue shelter ‘The Rescue Collective’ and pet groomer ‘The Pet Pad’ believe up to 12 dogs have been poisoned at parks in Newstead and nearby New Farm. Of those, they say up to eight have died.

We are trying to put the pieces together, but this is just a horrible situation,” Nicole from ‘The Rescue Collective’ told 10 daily. “There is a lot of community spirit around here. It’s hard to see that broken because some idiot has gone and done this.” ‘The Rescue Collective’ has been in contact with the local community, rescue and veterinary network.Locals believe dogs are being targeted with poisoned chunks of meat that are being strewn around parks and local areas.A community Instagram page also posted about the “devastating” death of a Chihuahua named ‘Kiody’.