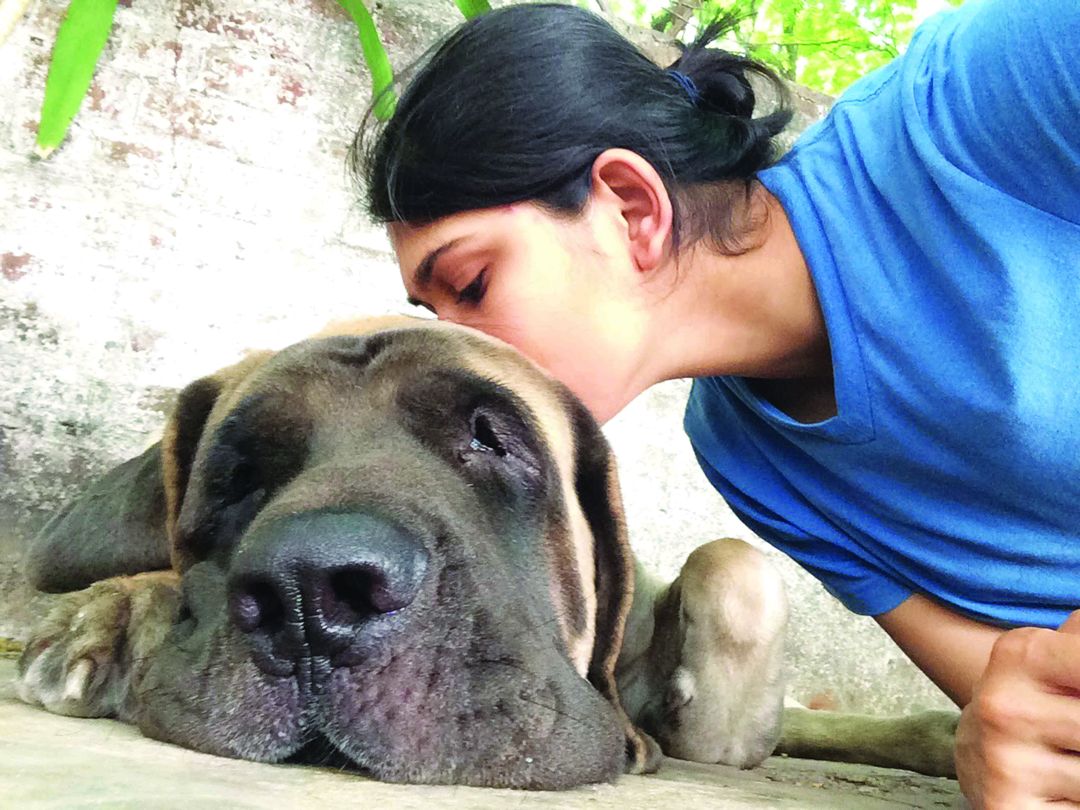 Think before you go out and adopt a dog because it is extremely difficult to find abandoned canines a home and even more difficult when they are giant breeds, says Maitreyi Vasudevan

Dogs getting abandoned has become so common now that in our three years’ journey of running Indian Center for Animal Rights and Education (INCARE), we have rescued and rehomed 100s of pedigree dogs. Bheem and Simba’s story is no different. Bheem is an English Mastiff, who was abandoned on Vettuvankani beach, East Coast Road, Chennai. One of our teammates had gone that side and heard people saying that there was this huge dog and they were scared. He went close to Bheem and he was unable to even lift up his head. We immediately took him in and got him hospitalised. He was approximately one-and-half-year-old back then, was a gentle giant and loved being pampered. During the initial days, we pulled out cloth and paper from Bheem’s poop as he had eaten whatever he could find. After months of treatment, Bheem turned into a new leaf. Healthy, loving and gentle. He had also become healthy and the next challenge was to find a home.

A dog who was weighing around 60kg cannot be housed in an apartment, however loving his parents are, it simply wouldn’t do any justice to him. We had put out a newspaper ad in an adoption space which runs in a popular newspaper on a weekly basis. We got a call from Samyuktha Sunil, who really liked Bheem and wanted him to be a part of their family. They had this huge independent house on Taylors Road, Kilpauk, with a lot of space to run around which was perfect for Bheem. He went as their perfect Christmas gift and Bheem is now close to 90kg and is the big adorable baby of the family. Simba was found at a park near Grand Mall, Velachery. He was less than a year old and was found with a terrible skin infection (Mange) at his back. He had been tied to a gate in the park, then he freed himself and was running inside the park. It took a good one hour to catch him, he didn’t let us get near to him and when one of my team mates said sit to him, he sat down and we put the leash on him and took him in. Skin infections don’t get cured overnight and requires meticulous treatment. After few months of follow up checks with the vet and becoming perfectly healthy, he was ready to be homed. We got tonnes of calls for Bheem and Simba but unlike Bheem’s case, we didn’t find the perfect home yet and we somehow weren’t satisfied. Samyuktha pitched in yet again asking us if she can foster Simba for a few weeks to see if Bheem and Simba got along. Well they had their differences like all brothers have, but eventually got along. It was time for Samyuktha to decide if she wanted to adopt Simba or not and it was her mom who decided she cannot part ways with our adorable baby. Love happened the second time around and both our babies got very lucky. It is extremely difficult to find abandoned dogs a home and it is even more difficult when they are giant breeds. It is extremely important for dog owners to see if a dog would do well in their house before bringing him home. Bheem and Simba got noticed by us and got their fairy tale ending, but it isn’t the same case every time. Think before you bring a dog home. It’s a lifetime commitment!