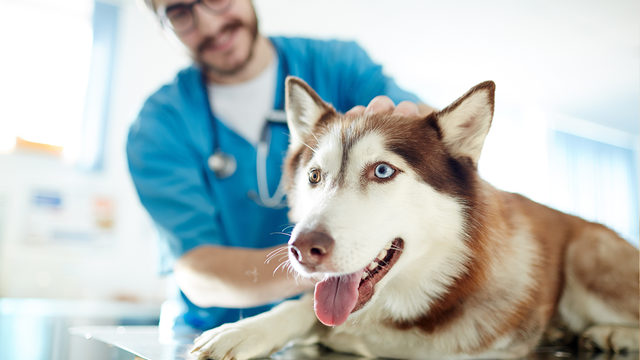 Around 40 percent of dogs were found to be scared from vet.

Sydney, August 26, 2019: A new study led by researchers from the University of Adelaide has found up to 40 percent of owners report their pet dogs are scared while being examined by a vet while, globally, up to one in seven dogs to show severe or extreme fear during an examination.

But some risk factors may help predict their fear including a dog’s breed group, weight, age of other dogs in the household, history of roles or activities, the owner’s level of experience in dog ownership, and where the dog was bought from.

The study was based on 26,555 responses to the Canine Behaviour and Research Questionnaire, in which dog owners were given examples of mild-moderate fear, including avoiding eye contact, crouching or cringing with tail lowered or tucked between the legs, whimpering or whining, freezing, and shaking or trembling.

According to m.phys.org extreme fear was described as exaggerated cowering, and/or vigorous attempts to escape, retreat or hide. Dr. Susan Hazel, senior lecturer in the School of Animal and Veterinary Sciences, said it was widely known that dogs can be very fearful about going to the vet, but it wasn’t clear how common the problem is.

Researcher Petra Edwards, Ph.D. candidate with the University of Adelaide’s School of Animal and Veterinary Sciences, said owners with dogs that are afraid of their vet may avoid taking them frequently for check-ups, or wait until a health issue is severe. And scared dogs may be harder to diagnose, take longer to undergo a standard physical exam or pose a risk of injury to themselves, the vet staff and their owners.

The study showed some unexpected results for the factors that were identified as most important in predicting fear, including that dogs with histories of breeding or showing roles were less likely to be fearful of the vet in comparison to companion-only dogs.