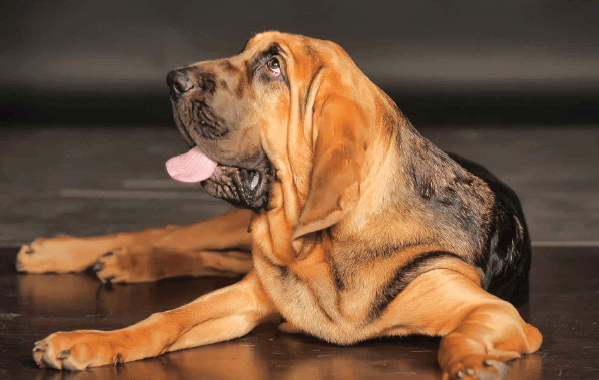 The ultimate tracker, no technology can rival a Bloodhound, who is the most reliable when it comes to man-hunts and other tracking scenarios.

Ever since Trumpet took home the best in show, the top prize at this year’s prestigious Westminster Kennel Club Dog Show, everyone has wanted a Bloodhound at home. For the first time in Westminster’s 145-year history, a magnificently be-wrinkled and be-jowled Bloodhound beat a French bulldog, a German shepherd, a Maltese, an English setter, a Samoyed and a Lakeland terrier for the grand honours. However, let’s make it clear at the start that acquiring a Bloodhound in India is rare, and a difficult process. You won’t always find a Bloodhound at every pet store, even the higher-end ones. Additionally, they are purebreds, which makes them much more expensive. They are not commonly found with Indian breeders. Even if you import one, the characteristic Indian household is apartment-based, and usually has several objects that can be easily ingested by a bloodhound.

They need space, and smooth marble flooring is very harmful for their feet. Most of all, Bloodhounds are known more for their utility than for their appearance. It is for these reasons that the breed is not popular in India, and is rarely seen in the country. If you’ve never seen one, Bloodhounds are large dogs who may look scary at first glance, but their temperament is actually gentle and affectionate. They carry most of their weight on them bones which makes them look large, full and thick in their body frame. Male Bloodhounds are usually 64-72 cm (25-28 inches) in height and can weigh around 46-54 kilo (101-119 pounds). Female bloodhounds, on the other hand, are shorter and span 58-66 cm (23-26 inches) in height and can weigh around 40–48 kilo (88–106 pounds). It is important to bring the puppies outside every day to exercise so they can use up their energy on long walks or other physical activities. This is to prevent them from chewing, digging and other problems that may arise due to boredom. Remember, this breed’s puppies have very high energy levels and always want to play around!

But did you know that the breed did not get its name for its tracking abilities? What makes this breed so special is that they are a pet with a long, full and noble back story. Modern day Bloodhounds trace lineage to those owned by William the Conqueror. He first brought Bloodhounds to England in 1066. They were so well bred that they were a breed owned by several monarchs and aristocrats. Thus, they came to be known as Bloodhounds i.e. of aristocratic blood. The name Bloodhound originated from the fact that the earliest breeders painstakingly traced its ancestry and went through great lengths to preserve the purity of the bloodline. The breed almost went on the brink of extinction in Britain during World War II. It was largely exported to North America and Europe. Fortunately, the exported bloodlines have revived the breed’s dying population. In England, Bloodhounds were still used for hunting and sniffing out thieves and poachers until around 1805. The breed is said to have originated from Great Britain around the year 1300. Its ancestors are said to have come from France and Belgium, specifically in the Abbey of St. Hubert, Belgium. They were called St. Hubert Hounds. One Francis Hubert made it an aim in his life to breed hounds who could be used to track a scent trail. When he passed away, he was made the patron St Hubert of hunters, which is why you can still hear people from France call their Bloodhound a St Hubert Hound today. The St Hubert Hound was used to track people during mediaeval times. In Scotland, they were called ‘sleuth hounds’ and were trained to follow the trail of Robert the Bruce and William Wallace. In the 17th century, the chemist Robert Boyle was known to be the first to show the breed’s trailing abilities. He described the way a Bloodhound followed a trail of a man for seven miles and in the search, ended up tracing him in the upstairs room of a house. The breed is quite popular in fiction. In literature, they have been mentioned in the works of Sir Walter Scott. A ‘Sleeping Bloodhound’ has also been the subject of one of Sir Edwin Landseer’s paintings. In fact, a Bloodhound’s nose work is considered ‘admissible’ evidence in courts of law in the US. As long as a Bloodhound is trained to follow the tracks of human beings and its trailing accuracy has been tested on a few instances, its trail can be used as a testimony in court. No wonder the breed is a popular choice for law enforcement companions!

You’ve probably noticed its droopy ears and skin folds – it’s a face you can’t forget! The Bloodhound has a short haired dense coat, loose skin, and their coat is usually black, tan or red. If you’ve seen a black and tan Bloodhound it’s because often the skin colour and coat is a combination of colours such as black and tan, or liver and tan or red. Some dogs actually grow white fur on certain specific body parts such as their chest, feet, and tail. If you’re looking for an endearing, devoted family dog, then a Bloodhound just might be the pooch for you! It can be a little stubborn (oops!), so it’ll need good training to make sure it doesn’t get too carried away by its snout.

They are known to be really great with humans, so there is no doubt that they would make a great family member and can take part in everyday activities such as hiking, travelling and a lot of walking. They are best homed in large houses with big backyards, rather than small spaces because they grow big and will shed fur over the years. These dogs will enjoy a place in your home where they can run, follow scent, dig around and play. As they are very friendly yet independent dogs, they have the tendency to escape because of their keenness for following scent. Make sure your place is tightly secured, and your backyard is highly fenced (at least six feet), especially when you let them roam around your home. They love children and are very affectionate, but the hound dog can be dangerous around young children because of their size. Though they don’t mean to be, they can knock toddlers and little children over with just one swipe of their tail. Early on, it is important to train both the dog and the child to be gentle around each other so no one gets hurt or put the dog on a leash when lots of children are around. As they are also a large breed, they are also the perfect height to reach tables and counters. They might wipe off things that are placed on the counter, while their excitedly wagging long tail is also at the perfect height to clear a coffee table! Always be mindful of your household items, and keep an eye on them when your bloodhound is around!

They can be more reluctant around strangers, and other dogs, according to the American Kennel Club. Training and obedience classes for Bloodhounds should start early, as “they tend to become set in their ways,” the AKC says. While Bloodhounds are affectionate, they can also be stubborn and independent, the organization said. While they do enjoy some barking and howling sessions outside every now and then when trailing, a Bloodhound will often use its nose and ears to search in silence. The Bloodhound bark is distinct and this family of dogs are known for making interesting sounds. The Bloodhound’s sound is a distinctive chest sound which is called a ‘bay’. They are generally not barkers, but will make a sound similar to “roo” when they track a scent, or when something in the air peaks their attention. They can make melodious tunes when baying, howling, and whining! This is one of the many unique Bloodhound characteristics.

Bloodhounds have a short, smooth coat and only shed once or twice a year. The dog’s coat is really made for being out in the wild, which is exactly why this hound’s coat usually has a more distinct smell compared to other dog breeds. If you see one closely, you might notice that their coat tends to get a lot of grease. This is because having a greasy exterior helped them to survive in the wild by trapping different smells. It is recommended they be brushed weekly, and owners must check inside their trademark ears and wrinkles for any odors, infection or irritation. Because of their long and droopy ears, our Bloodhound friends can also be troubled by some ear problems such as ear mites and too much cerumen. Regularly clean their ears and bring them to the veterinarian if you notice a scent or anything unusual. Bloodhounds are known to drool and slobber. You will need to keep some wipes available all the time in the house. If you choose this dog as your new family companion, you need to be prepared for lots of dribbling over the years! They can be messy eaters and are prone to bloating. Monitor your Bloodhound if you find that they are feeling some kind of discomfort. They are more likely to have problems with their teeth over the years compared to other dogs. There might be some dirt built up on their teeth which may cause gum and other tooth diseases. This will be very uncomfortable for your pet, and will create a foul scent so keep in mind to regularly brush their teeth to keep them healthy and strong.