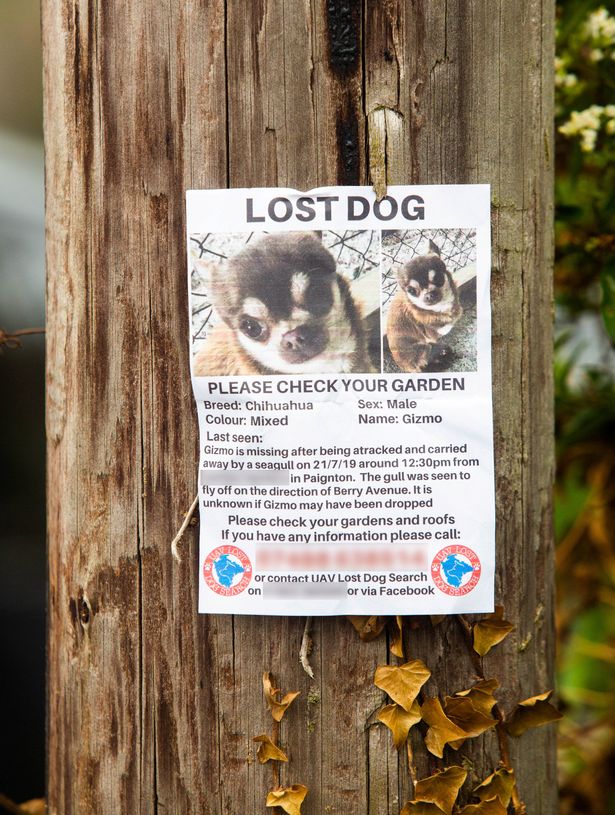 Gizmo the chihuahua was snatched on Sunday by a seagull from her home garden in Paignton, Devon.

London, July 26, 2019: Volunteers searching for a dog believed to have been snatched by a seagull are calling off the hunt – because of online abuse they’ve faced.Becca Hill, 24, says her dog Gizmo was snatched on Sunday by a seagull from her home garden in Paignton, Devon.

She said her partner was putting out the laundry when the four-year-old pet was taken. Members of UAV Lost Dog Search and Rescue, which has been leading the search operation, say they and their families have been abused online and have been harassed by the media. A spokesman posted on Facebook: “Sadly at this time Gizmo the Chihauhau remains missing from his home in Paignton with no viable sightings / information for our team to actively follow up.

As reported by Mirror, “Therefore we have to advise people that we will not now be the lead team in the search for Gizmo. “A number of factors have led us to make this very difficult decision and this is one which we have not had to make before and have struggled to do so.”The constant press intrusion / harassment and also online harassment of members of our team is no longer acceptable especially when we are quite blatantly being followed when out and about.”We are all volunteers who give up our time without question to help those who may need it however there is a limit to what ourselves and our families should have to endure and sadly on this particular case that limit has been reached. “

The post asked the public to direct any questions to the family, before adding: “Our whole team hope that Gizmo is found soon and we would like to say thank you to all those people who have looked for him and supported us so far, we really do appreciate it, thank you.” Becca and her daughter have been “in bits” since the incident and have been working hard to get the dog back. Experts say gulls are capable of snatching small mammals and fear the dog could have been dropped or possibly killed.