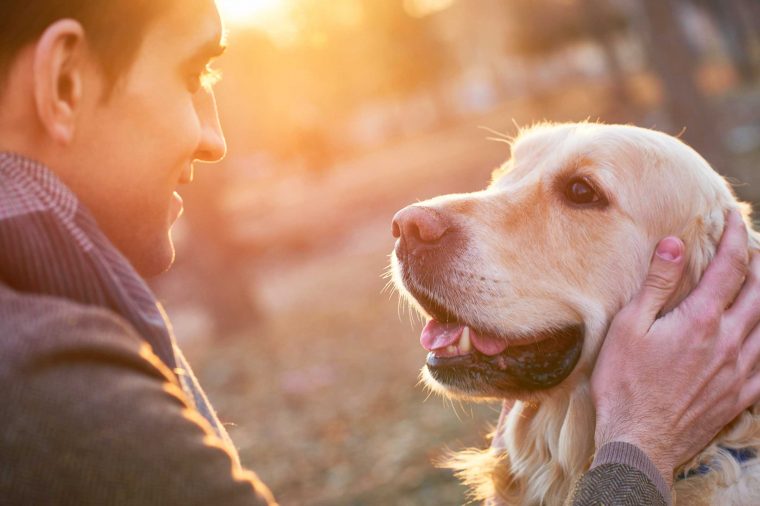 Gazing into your adorable pooch’s eyes could strengthen your bond with your furry companion, according to a Japanese scientific study.
According to a 2015 Japanese report published in Science Magazine, mutual gazing between a dog and its owner increases the bond between animal and human.
“Humans bond emotionally as we gaze into each other’s eyes—a process mediated by the hormone oxytocin, stated the report. “Nagasawa show that such gaze-mediated bonding also exists between us and our closest animal companions, dogs.”
The Japanese team of scientist found that mutual gazing increases oxytocin levels and sniffing the hormone increased the gazing effect in dogs, which transfers to their owners. The report also stated that it appears to only occur in dogs since wolves – which rarely engage in eye contact with humans – seem resistant to the effect.
The team hypothesized that dogs may have acquired mutual gazing during domestication with humans.
“We show that gazing behavior from dogs, but not wolves, increased urinary oxytocin concentrations in owners, which consequently facilitated owners’ affiliation and increased oxytocin concentration in dogs,” stated the report. “Further, nasally administered oxytocin increased gazing behavior in dogs, which in turn increased urinary oxytocin concentrations in owners.”
The report stated that these findings supported the existence of an interspecies oxytocin-mediated positive loop facilitated and modulated by gazing, which may support the co-evolution between dog and human by engaging in common modes of communicating social attachment.