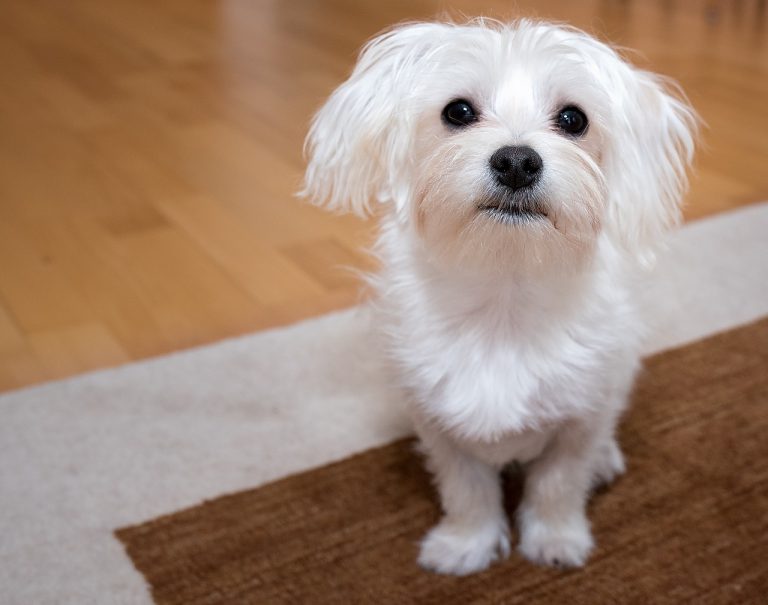 The glamorous white coat of the gentle and fearless Maltese gives him a look of haughty nobility, but looks can be deceiving in case of this tiny bundle of fur.

New Delhi, December 30, 2019: Popular amongst celebrities and royalty, the Maltese’s dark eyes and white hair makes him the perfect glamour dog. Forget toy poodles and miniature schnauzers, they are so tiny that Scooter, a Maltese pup, can sit quite comfortably in a tea cup! He is so tiny, in fact, that its human companion, Ms Cheryl McKnight, of Auckland, New Zealand, has had to make him a special jumper out of a purple sock to make sure she doesn’t accidentally step on him. She believes Scooter stopped growing at the towering height of three inches – almost an inch smaller than another small-dog record holder, Boo Boo, a long-haired chihuahua living in the US.

When and where the Maltese originated is not entirely clear, however, they were a recognized breed in Malta at least thousands of years ago, once referred to as “Ye ancient dogge of Malta.” Despite his prominence in history, the exact origin of the Maltese dog is uncertain. Many believe the breed was developed in the Isle of Malta in the Mediterranean Sea from Spitz- or Spaniel-type dogs. Others believe he was developed in Italy, and still others believe that he was originally from Asia and had a part in developing many of the smaller Asian dogs. Wherever he came from, the Maltese thrived. Artists, poets, and writers immortalized this small dog in the early great cultures of Greece, Rome, and Egypt. They were even mentioned by Aristotle.

The Greeks erected tombs for their Maltese dogs, while representations of Maltese-like dogs on Egyptian artifacts suggest that they were prized by that ancient culture. Even before the Christian Era, the breed was widespread in Mediterranean cultures. Ceramic pieces depicting the dogs were found that dated back to the fifth century. The Egyptians and, centuries later, many Europeans thought that the Maltese had the ability to cure people of disease and would place one on the pillow of an ill person. This inspired one of its names — “The Comforter.” By the 15th century, he had found a secure place in the arms and hearts of French aristocrats. During the reign of Henry VIII, Maltese arrived in the British Isles. By the end of the 16th century, the Maltese had become a favourite pet for noble and royal ladies. The little dog was a favourite of Queen Elizabeth I, Mary Queen of Scots, and Queen Victoria.

Poems, paintings, sculptures and tombs of the breed were created to honour the dogs by the royals who owned them. The Maltese has always been primarily a companion pet and was kept by royalty all over the world— women could be seen carrying them in the sleeves of their elaborate dresses and robes. Maybe this explains why Maltese love to be held! Numerous painters, including Goya and Sir Joshua Reynolds, included these smalldogs in their portraits of beautiful women. Although he survived the fall of the Roman Empire and the Dark Ages, the Maltese was nearly destroyed in the 17th and 18th centuries when attempts were made to breed him to be the size of a squirrel.

After this nearly disastrous experiment, breeders mixed poodles, miniature spaniels, and East Asian miniature dogs with the breed to save it. This resulted in the Maltese becoming so varied that several new breeds were formed. It is thought by many that Maltese are the direct ancestors of the Bichon Frise, Bolognese and Havanese breeds. English breeders developed the Maltese as we know him now and today, it is one of the most popular breeds among spectators at dog shows, and frequently win the Toy Group.