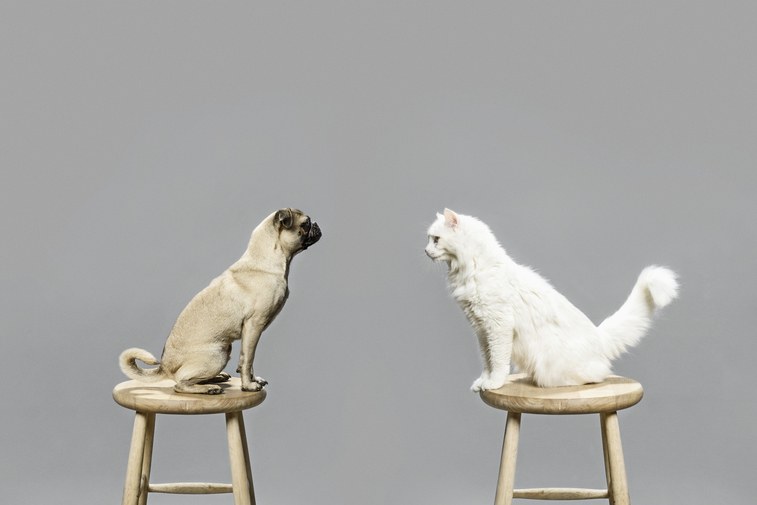 Clearly a lot of the world believes that you’re either a dog person or a cat person.

Clearly a lot of the world believes that you’re either a dog person or a cat person, and most people who feel strongly about one or the other have a lot of opinions about why each animal is best. Well, dog lovers can now rejoice because they have one more thing to use as an argument for why dogs are the very best.

A 2017 study conducted by an international team of researchers analysed the outer layers of the brains of several carnivorous animals, including dogs and cats. The study was done in hopes of determining whether animals who traditionally must hunt for prey have more cortical neurons, meaning they have more brain power. Currently, scientists believe that counting specific cells is a good indicator for finding out how much processing power a brain has. This could translate to figuring out which animal is smarter — a key part of the dogs vs. cats debate. As it turns out, cats have approximately 250 million neurons, while dogs have more than twice as much, with 530 million neurons. “I believe the absolute number of neurons an animal has, especially in the cerebral cortex, determines the richness of their internal mental state and their ability to predict what is about to happen in their environment based on past experience,” Suzana Herculano-Houzel, the neuroscientist who developed the method for most accurately measuring the number of neurons in brains, said in a release from Vanderbilt University. She also said that to her, the findings show that dogs are more biologically capable of doing more complex and flexible things than cats.