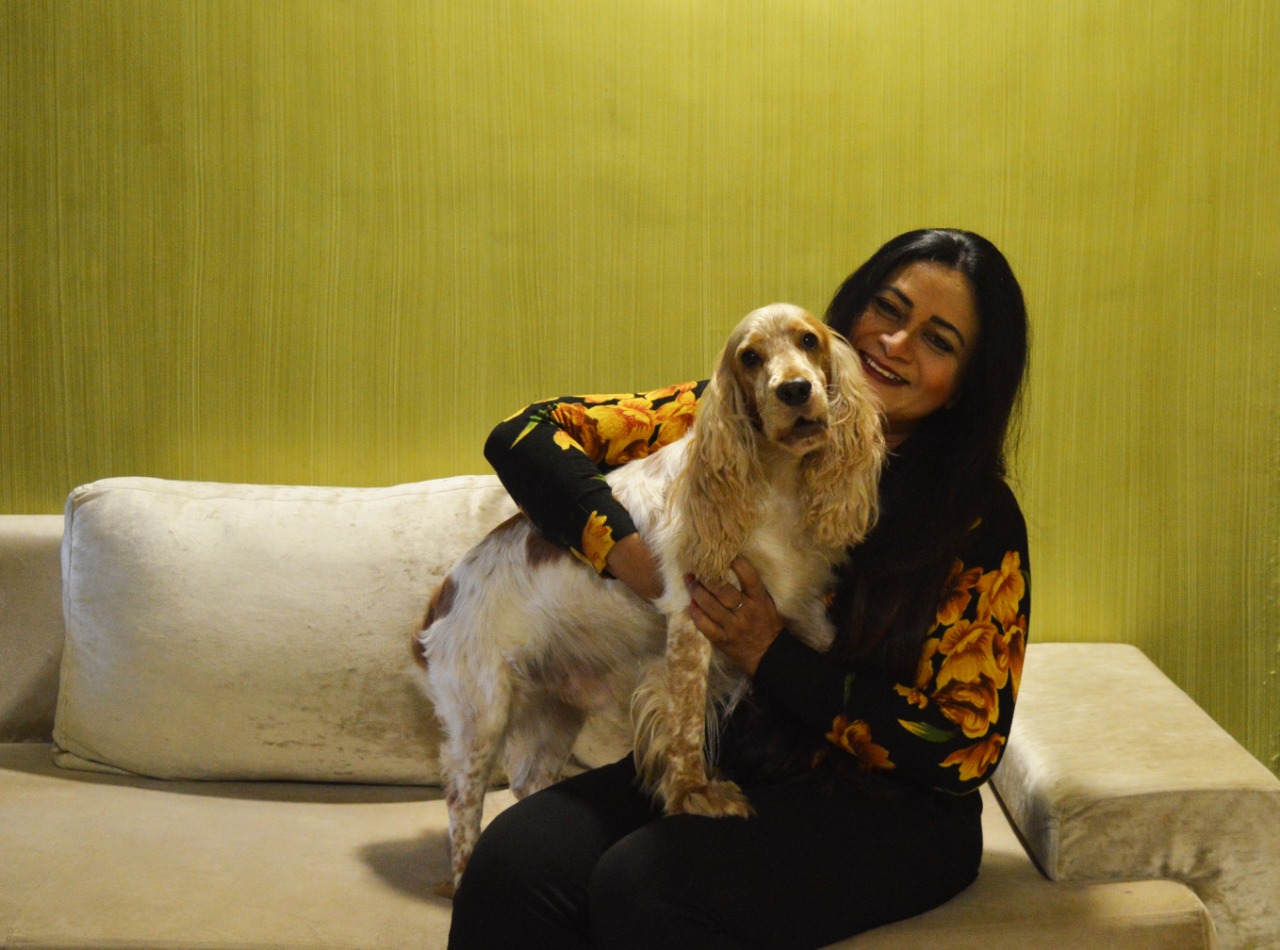 A pet parent to her cocker spaniel Fluffy, actor Utkarsha Naik has a real heart for abandoned, neglected, stray, and homeless animals

Celebrities are just like us all! Between the grocery shopping, breathing and eating, they really are just like you and me. Oh, but there is the jetsetting, designer duds, and canoodling with fellow A-listers that we are totes jealous of! With all that aside, lots of famous celebs aren’t all that different from animal lovers like you and I. We watch them on TV every week, hear them on our car radios or watch their pretty faces on YouTube, but sometimes their charitable contributions to society and to animals are overlooked. There are the celebrities that are extremely “in your face” about their animal rights activism, but there are others doing a whole lot for our furry friends that we sometimes don’t know about. Television and film actor Utkarsha Naik, best known for her roles in popular Hindi serials like Kyunki Saas Bhi Kabhi Bahu Thi, Is Pyaar Ko Kya Naam Doon, Kasam Se and many other Marathi serials is one such celeb who is a real-life hero to homeless dogs. Not many people know that behind Utkarsha’s talent lies a major crusader for animals! The versatile actor says she always loved being around animals. Her first pet was a dog named Kaalu rescued by her dad even before her birth. According to her, “Animal love is something one is born with, not developed. Either a person knows it all along or realizes it was within her at some point in her life.” After the death of Kaalu, she got home a cat named Munni and later added another, Sunny, to her fury family. Though she was too young herself at that time, she took it upon herself to look after their needs.

Later, when she got busy studying for physiotherapy, she could hardly spare any time for animal welfare, though it was always at the back of her mind. As soon as she settled down personally and professionally as an actor, she got home a Cocker Spaniel, Snowbell. But as fate would have it, Snowbell didn’t live for long. After his untimely death, she got Fluffy, another Cocker Spaniel, who is now most precious to her. But the loss of Snowbell left an emotional dent in Utkarsha’s mind, which was calmed to some extent, by her animal welfare work. She was once shooting at a studio and saw a lactating dog with her litter who were all literally starving for the lack of food. Her heart went out to them and from that very day she started feeding them and taking care of all their medical needs, including vaccinations and sterilization. Once started, she hasn’t looked back and she now feeds and looks after a number of dogs all over the Veera Desai Road, Andheri (West) where she lives. It’s a normal routine for her to cook and serve meals to them. If that wasn’t enough, she carries freshly cooked food from her kitchen to wherever she’s shooting and feeds dogs on her way to the studio. Since she’s a trained physiotherapist, she uses her medical knowledge, too, for any emergency, like providing immediate first-aid. She even carries her dog friendly medical kit with her so that if she notices any one hurt or infested with maggots she can apply the medicines immediately. She does consult top veterinarians in case the dog needs further treatment. Since popular voices are always heard, she also helps in raising issues of cruelty towards animals. One case is of the mass killing of strays in Kerala for which she urged all dog lovers to join her in the protest. Utkarsha says, “This was a very inhuman act. If you logged into Facebook, there were so many pictures uploaded of the killings. It was really saddening and I tried spreading the word against the gory act in our industry, which has so many dog lovers like me”. She believes that a true animal lover would feel uneasy sitting at home, knowing that animals are suffering in the lanes and even in the forests and jungles. Recently, she whole heartedly supported the cause of Avni the tigress, who was killed in her own space for no fault of hers. She says she feels distressed and disturbed at the apathy on part of the Government and the society at large towards animals. She says that people don’t seem to foresee the threat to the environment if no animals were left. She quotes Mahatma Gandhi for animal support, “The cultural status of a country is measured by the way her animals are treated.” A sensitive human being, Utkarsha makes a very relevant point when she says, “Animals are important for the ecosystem and we need to work for their welfare”