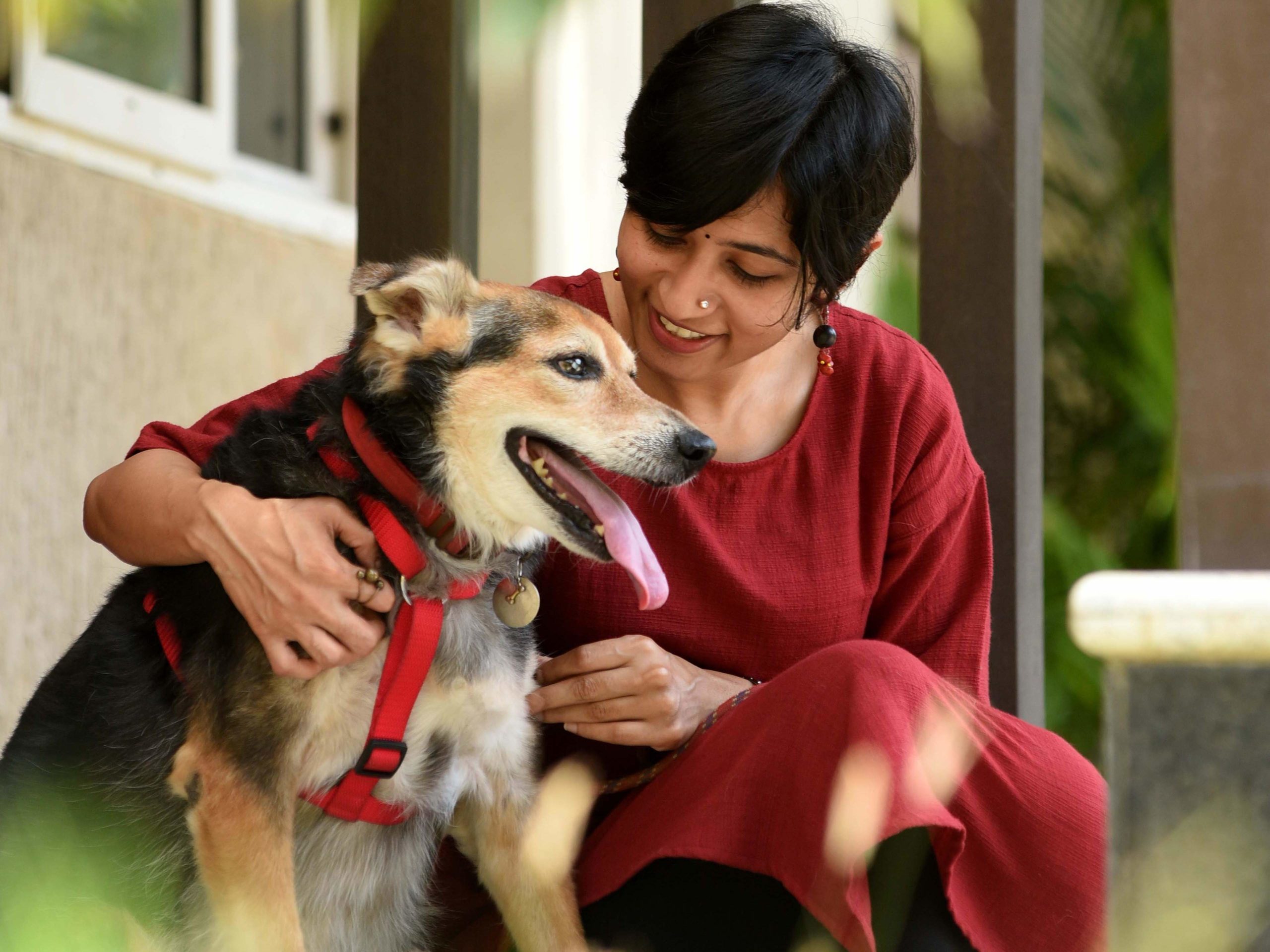 Whenever they interact with him, there is a release of oxytocin and that makes them feel good.

Chennai, May 25, 2019: Aanya(name changed) was a traumatized girl who was finding it hard to get over her painful past. The unforgettable pain which became her fate as the result of sexual abuse and separation from her parents was extremely crippling. Emotionally and psychologically shut off, she was suffering from anxiety and depression.

And then came along Johnny.

Johnny, a rescued ‘indie’ therapy animal from Tales with Tails 269, has helped Aanya and many like her get over their troubles. One of the institutions that have been persistently using animal assisted therapy, TWT269, with Johnny’s assistance, helps those people who are shut off to humans. A once nervous rescue dog, he is now the reason why many people are able to get through their days.

Johnny works alongside his human partner, Shilpa S Raghavan, certified Animal Assisted Therapist, to help people cope. She said “ I have been an animal lover since I was a child. When I studied psychology, I always wondered why animals weren’t a part of the healing process, which made me research a lot about how we could have animals accompany us during sessions.”

She informs that there’s a technique called the empty chair technique in behavioral psychology, so she wondered why the empty chair couldn’t be replaced by an animal. After finishing her Masters from Madras University, she got to know that Saraswathi Kendra Learning Centre for Children, which is a learning centre for children with specific learning needs has Animal Assisted Therapy as one of the alternative therapies that they offer. The only she realized that Animal Assisted Therapy did exist and this research motivated her to start this centre along with her colleague, Anu Vidya.

Each of these methods have a positive effect on people. But with Animal Assisted Therapy, they can feel, touch and interact with the animal. Whenever they interact with the animals, there is a release of oxytocin and that makes them feel good. The animals can stay neutral and be completely non-judgemental. With the help of Johnny, who’s a rescue, they share incidents from how he has learned to cope with difficult situations on the street and how he has adapted to a new life here, which would would help them relate to Johnny’s experience and look forward to the future rather than to their troubled past.