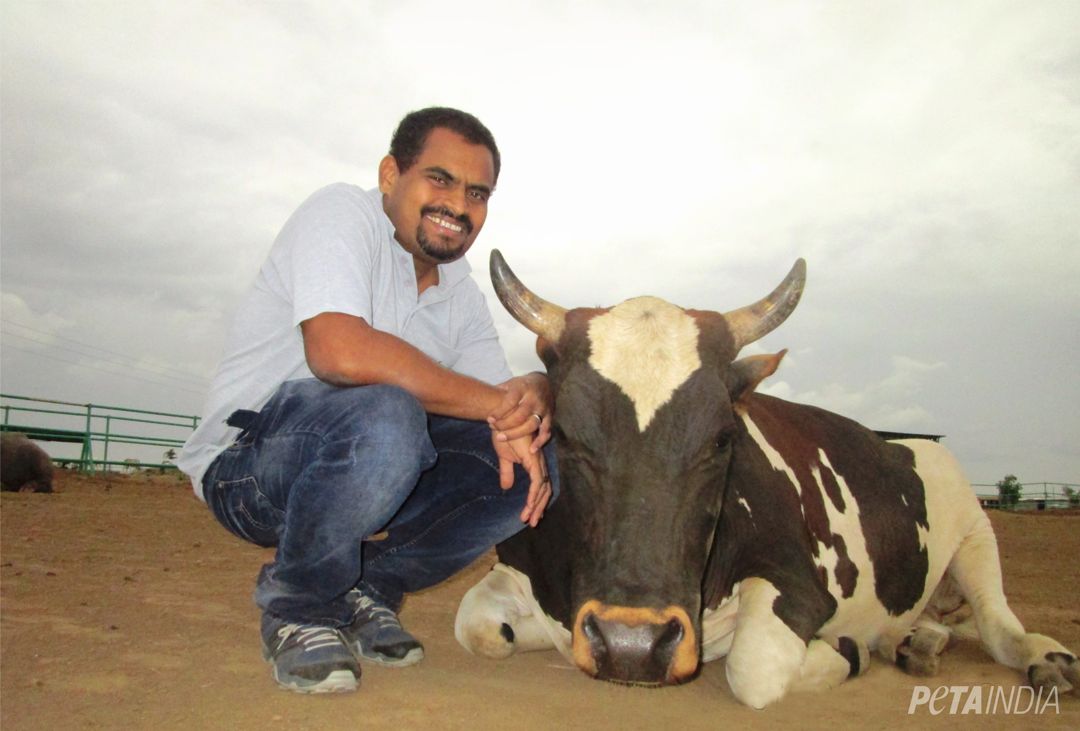 After more than 16 years of campaigning for animal rights, PETA India CEO exhorts everyone to turn vegetarian, says Stephen John

If you think a purebred puppy from a fancy pet store is a better bet than the desi, think again. Dr Manilal Valliyate, CEO, People for the Ethical Treatment of Animals (PETA), says, “Pedigree dogs sold in pet shops are typically deprived of proper veterinary care, adequate food, exercise, love and socialisation. Since they are bred for certain exaggerated physical traits such as long ears or drooping backs, many foreign breeds of dogs, including Boxers, German Shepherds and Pugs suffer from abnormally high rates of genetic and hereditary diseases.” Dr Valliyate says common health ailments found in purebred dogs include breathing problems, cancer, heart disease, bleeding disorders, skeletal malformation and eye problems. “In contrast, mixed-breed and Indian community dogs, including those whose lives are at risk living on the streets and those languishing in shelters are healthier and more robust than their purebred cousins,” he informs. As PETA India’s CEO, Dr Valliyate says he wants to build a more compassionate society that holds traditional Indian values of kindness to animals dear. “India has a long and strong history of revering animals that must be guarded against callous interests,” he says. “Protecting animals also means protecting human society, because psychologists and law-enforcement experts recognise that people who are cruel to animals are often violent towards their fellow humans.” Dr Valliyate quotes Article 51A(g) of the Constitution of India that makes it the mandate of every Indian citizen to have compassion for animals. “To stand for kindness is patriotic, to stand for cruelty is un-Indian. PETA India serves animals in respect of our country’s Constitutional mandate, its laws and its Supreme Court.” He says PETA India’s staff with the help of their volunteers, members and supporters has brought about countless victories for animals since our inception in 2000. ““We have helped to bring about a ban on the testing of cosmetics and their ingredients on animals as well as a ban on the import of cosmetics tested on animals,” he informs, adding, “We have released several undercover exposés of what happens to animals in the meat, egg, dairy and leather industries resulting in countless individuals deciding to eat and wear vegan. We have even got our humane education programme – Compassionate Citizen – endorsed and used by Central Board of Secondary Education and numerous state schools.” Dr Valliyate has chalked up some of the organisation’s greatest victories. This includes getting the live embalming of calves banned in veterinary education; encouraging the central Department of Animal Husbandry to issue a circular to animal husbandry directors in all states and union territories stating that cattle must be given anaesthetics prior to castration; stopping illegal bullock cart races, in which the animals are commonly hit with nail-studded sticks; replacing the bullocks who hauled heavy kerosene oil carts through Mumbai streets with motorised transport; rescuing several once-chained elephants from lives of loneliness in temples; removing numerous lame and injured horses from the abusive Victoria carriage trade; and much more. His expert testimony and reports have helped PETA India win numerous court cases that have helped prevent suffering to animals nation-wide, including the landmark 2014 Supreme Court judgment that banned jallikattu (later permitted in Tamil Nadu, which PETA India is committed to challenging in court), bullock cart races, and other uses of bulls in performances. Dr Valliyate lives and advocates a vegan lifestyle and started his career as a teaching assistant at the College of Veterinary and Animal Sciences, Mannuthy, Kerala, and later worked as a veterinary surgeon for the Kerala State Animal Husbandry Department. He also worked as manager of veterinary services at Brooke Hospital for Animals, a leading welfare charity helping working equines, before joining PETA India. 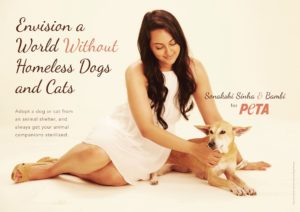 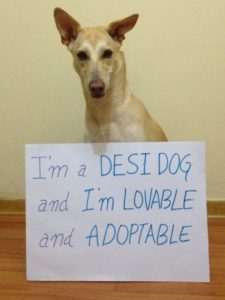 When asked about their goals in 2018, Dr Valliyate presents some startling statistics about increased meat and dairy consumption that is plaguing animals like never before. “One of our biggest goals is to help individuals make the transition to turning vegan for the animals, their own health, and the health of the planet,” he says. “Globally, humans are consuming more than seven times the amount of meat that was eaten in 1950. In the ten years between 2003 and 2013, meat consumption has more than doubled in India. Some 77 billion land animals are farmed a year—more than ten times than the number of humans there are on the planet, most of them in intensive factory farming systems which deny them their natural behaviours—and trillions of fish are killed. And these numbers keep rising. In India alone, an estimated one million chickens are killed to be eaten every four hours.” Dr Valliyate says, “India now tops the charts in many diet-related ailments. Cardiovascular disease is the leading cause of death in India while stroke is also a main cause of death and disability in the country. India is also the world leader in diabetes, its cancer rate is out of control, and childhood obesity is at crisis point. Meat, egg and dairy production contributes more greenhouse gasses that exacerbate climate change than all vehicles in the world combined including through the methane emitted from cattle and other ruminant animals used for food.” He says that the production of animal derived foods to meet the world’s growing appetite for them is, in fact, so environmentally disastrous that the Food and Agriculture Organization of the United Nations describes animal agriculture as “one of the top two or three most significant contributors to the most serious environmental problems, at every scale from local to global. In comparison to the production of plant-based foods, the production of meat, egg and dairy products is highly inefficient and water, food and land-intensive, the PETA chief maintains. Leather, too, has its own substitute and its fast becoming popular with technology major Tesla offering only vegan leather seats in their vehicles after being informed of the same by PETA, US. “PETA advocates the use of vegan (non-animal) leather made from mushrooms, tea and pineapple leaves. It is also commonly made up of polyurethane. Vegan leather is gaining popularity by businesses and designers around the world,” he says. Among PETA’s various ways of promotion via leaflet distribution, investigation videos and interactive events, the one that truly stands out is the virtual reality (VR) experience titled ‘I, Chicken’. Dr Valliyate explains: “It uses the VR viewers inspired by Google Cardboard to help students see the world through the eyes of a chicken. The goal of “I, Chicken” is to teach students that each chicken is an individual who has interests and needs, feels pain and fear and doesn’t want to die. In the experience, participants, as chickens, roost in a tree, socialise with other chickens and enjoy a dust bath – at least until the truck comes to take them to the slaughterhouse. In just three short minutes, students develop a newfound understanding of our feathered friends.” All said and done, a huge chunk of our population still remain meat-eaters, and this unavoidable deadlock can only be solved by turning vegan as diet, being a personal choice, no longer stays valid when we don’t consider the choices of animals we consume, believes PETA.