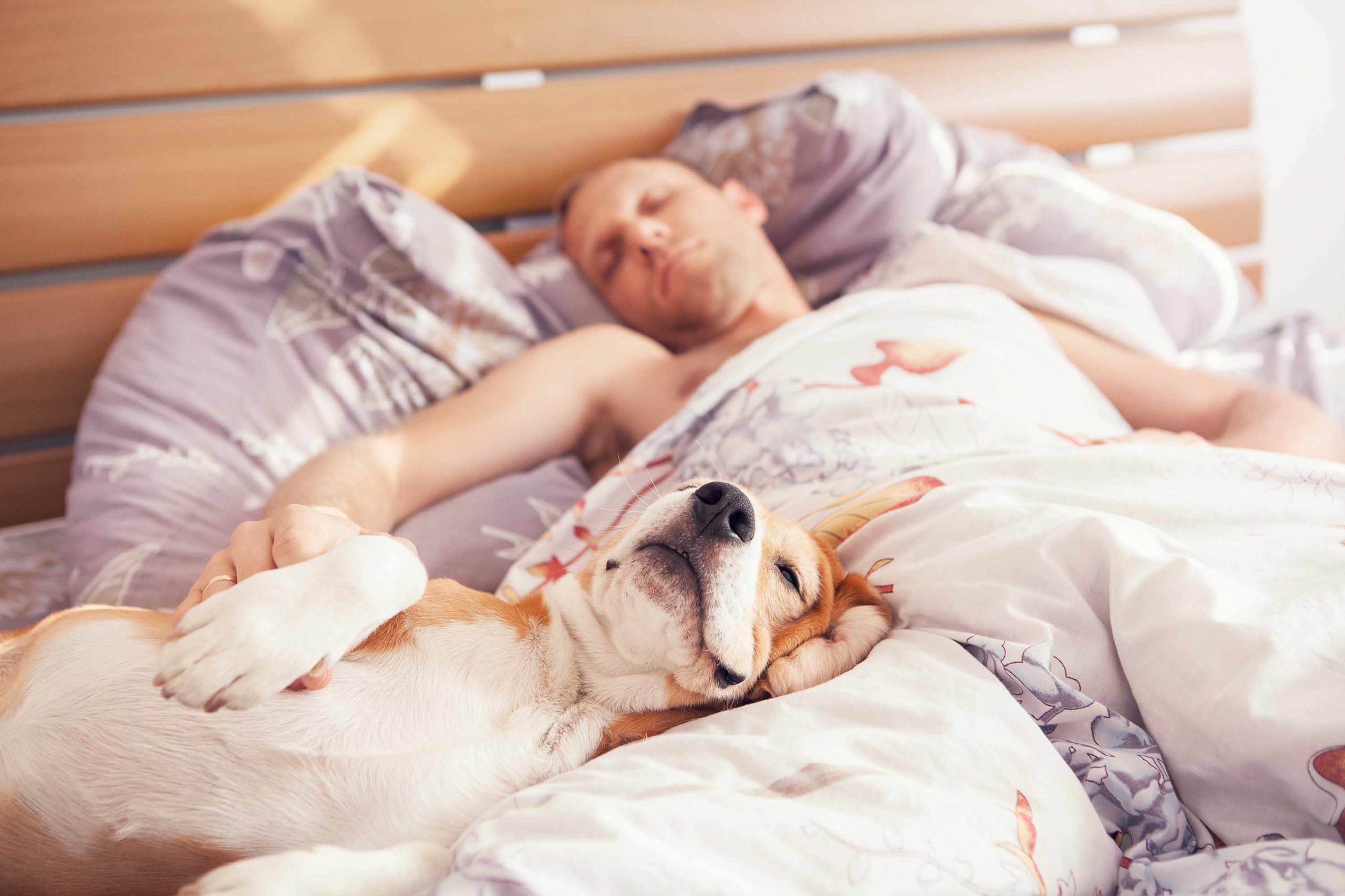 Study Says those who sleep with pets, sleep better.

London, September 12, 2019: If your really looking for a good nights sleep, you might want to consider letting your dog into your bed, or at least sleep on the floor next to your bed.According to a new study by the Mayo Clinic, people who had their dogs sleep in their bedroom actually slept better then those who didn’t.

The initial study. reported by the Daily Mirror, was actually looking to see if having a dog in the bedroom disturbed people while they slept. What they actually found out was very surprising, that people actually got a better nights sleep when the dog was either in the bed, or somewhere in the room.

Forty participants who were totally healthy, and had no sleep related issues were observed, along with dogs who were either six months or older.The results of the study found out that every participant slept measurably better with their dog in their room, and the size of the dog or how much the dog moved around at night didn’t matter.

Before this survey, most people’s thought process was that having a dog in the bedroom would disrupt their sleep, but what the results revealed was that people actually found comfort and a certain sense of security when sleeping with their pet. So tell your spouse to move over, and make room for the pooch.