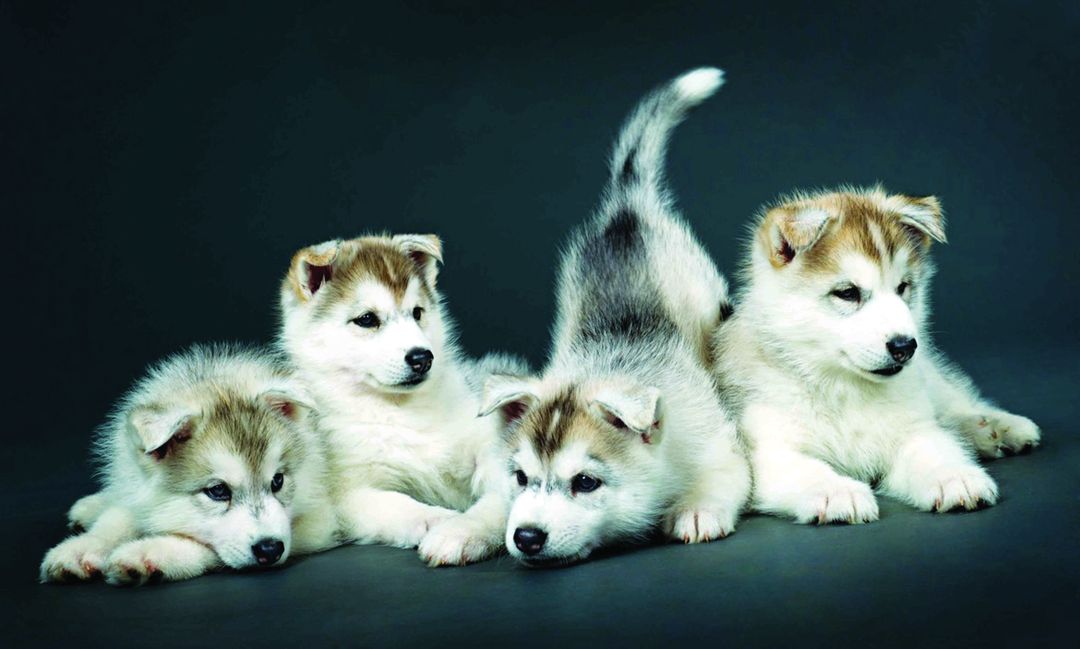 Breeding dogs is no joke and must be done with utmost commitment and knowledge, says Bengaluru-based Siberian Husky breeder Smithha Iyengar

I’m a Siberian Husky breeder. I have grown up around dogs and volunteering, rescuing and rehoming dogs since the time I was 11. I bought and showed my first show dog – a Labrador Retriever – when I was 16. Although she didn’t win much at the dog shows, I knew then I was permanently bitten by the dog show bug. Professionally, I have worked with various IT companies with experiences across business and competitive strategy, risk management, social media and technology service management. I think this exposure has given me skills to manage many of the canine projects I’m heading today.
A lot of my energy as a dog breeder goes into educating people about what breeders really do and appropriate animal ownership. Thanks to lack of information and biased propaganda by radical animal rights groups, people have a misconception that breeders are just a bunch of uneducated, uncouth, greedy people who breed dogs and live off that money. A lot of misinformation about canine ownership and breeding has resulted in higher abandonment of dogs today. The causes include people lacking basic understanding of the difference between a puppy mill owner and an ethical breeder, who to buy from and what factors to consider while buying a pup or choosing a breed. It results in families buying dogs that are either not suited to their households or they are unable to handle them. Such dogs are unfortunately abandoned and breeders are blamed. There are also many of us who own dogs and want them to “mate just once” falsely thinking they are satisfying the dog’s biological urges. There are many websites inviting pet parents to mate their dogs randomly without realising the level of disasters they are creating. The resulting pups from such ill-planned breeding are often sick or have behaviour problems. These pups are placed for adoption or sold for chump change (making people believe any breed dog is easily available for 5-10k) with no background checks on the potential homes which also results in abandonment of these dogs. Again breeders are blamed for no fault of theirs.
Due to this, there is also a belief that any breed of dog is available for adoption for free. People don’t understand that adoption is for dogs that are abandoned and need a home. For some families, adoption may be the right option, for some buying a young pup is a better option considering their situation. The skills and time required to manage an adopted older dog v/s a young pup are quite different.

Pet parents who want to buy a certain breed of dog are often bullied, instead of being educated on the above factors. So they end up buying badly bred pups available for cheap from puppy mills or home breeders (because they believe since breeders are greedy, they must buy the cheapest dog) not realising that they are further aggravating the problem. Breeders often get a bad rap, sometimes deserving, but many times they are taking the fall for traders. Again, while not all traders are “bad”, many sadly are in it for a quick buck. I’m part of multiple breeder groups and several of these people who call themselves breeders are really just traders, most uneducated, uncouth even verbally abusive. Many are 17- 20-year-old kids who never whelped or bred a litter, who never dealt with hip dysplasia, many are 40-year-old drunks who bully breeders and pet parents alike for money. Today, breeders are maligned because pet parents don’t know (or don’t care and won’t research) if they are dealing with a real breeder or a trader. Only when the shit hits the ceiling do they come out and accuse “breeders” of fleecing their money for a sick puppy. Many of the ugly trading practices are also severely damaging good breeders, health of the puppies, encouraging unhealthy pets to be bred by clueless pet parents (because more and more breeders are backing out of selling through them) causing an increase in number of sick pups being produced and even pushing them into dangerous territories. So, for all pet parents today – please make an effort to understand who you are buying from. You may think he/she is a breeder, but 99% of the time, they are really just a trader. You owe that much, at least to your dogs.

I must tell readers that there is a lot that goes into breeding, right from considering the integrity of the breed, temperament, health history, genetics, a whole lot of money and backbreaking physical work! Sadly many puppy mills, pet parents, home breeders and animal rights groups have no idea of this. This is ruining dogs in general, increasing abandonment rates, affecting good knowledgeable breeders and impacting Indian breed dog breeders even more so! I am also collaborating with fellow breeders and a few respected, honest animal shelters on several educational courses across various aspects from basic canine care to choosing the right dog breeds, when to buy and when to adopt a dog and basic animal rescue courses, so they can all go out and rescue, treat the dogs in their neighbourhood instead of depending on their local shelters. We intend to use the money we get out of this to sterilise as many strays as we can.