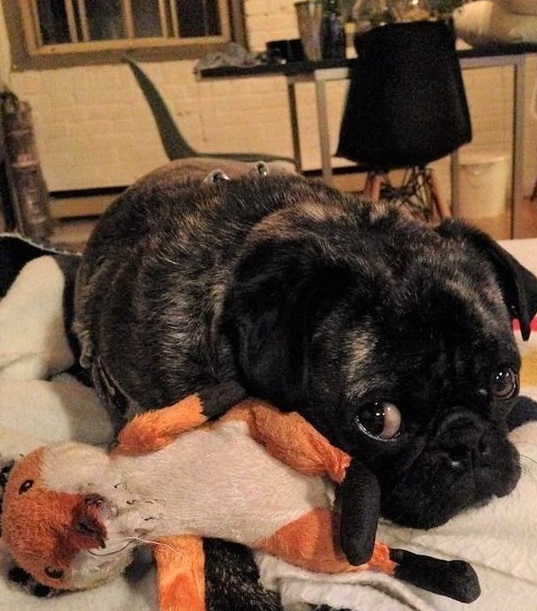 False pregnancy can be very confusing for pets and parents alike

Pune, November 6, 2019: Our female four-legged friends are subject to an odd phenomenon called pseudopregnancy, or false pregnancy. Any dog that has not been spayed can be affected. The exact cause of false pregnancy in dogs is not known. However, this condition can be traced back to the time when dogs used to live in packs. During that time, all the females in the pack used to come in heat, but only the alpha female got to mate with the male. Remaining females would still exhibit some of the pregnancy symptoms and would even lactate.

This allowed them to nurse the offspring produced by the alpha female. In cases of false pregnancy, hormonal fluctuations trick your pet’s body into thinking that it is pregnant when it actually isn’t. False pregnancy can be very confusing for pets and parents alike. Symptoms of false pregnancy mimic symptoms of pregnancy, and can include mammary swelling – usually around five weeks after a heat cycle – and even lactation. Abdominal distention and appetite changes are also common. Accompanying the physical changes are changes in behaviour. “Expectant” mothers can be restless, be unusually aggressive, and may start nesting. Caring for inanimate objects is perhaps the most disconcerting symptom owners report–one of our readers mentioned that her dog was taking small bags of potato chips to her bed and mothering them! Other likely “babies” might be toys or stuffed animals as in Zoey’s case.

If pseudopregnancy happens once, it’s likely to happen recurringly. This is not a huge problem, unless of course you find the clinical signs unbearable. Some pets really do seem to have a hard time with false pregnancies. And rarely, mastitis or uterine infection can occur during an episode of false pregnancy. Studies have also shown that there is an increased risk of mammary tumours in dogs, who have experienced more than three episodes of false pregnancy.

So, what’s a pet parent to do? The short-term answer is simply to sit on your hands. There is little to be done if your dog is experiencing a false pregnancy – time is all that is generally needed. Avoid touching your pet’s mammaries or allowing your pet to self-nurse. This will only serve to prolong lactation. Thankfully, clinical signs will resolve on their own as your pet’s hormones level out. In the meantime, consider having her wear a t-shirt or an e-collar to prevent nursing. For a more long-term solution – and one that is better for your pet’s overall health, particularly if you don’t intend to breed her – after the event is over, you could consider having your dog spayed. Spaying not only prevents unwanted litters, but it also helps prevent uterine infections and mammary cancer. Don’t expect your vet to offer to spay your pet while she’s experiencing a false pregnancy episode, though, as doing so can actually prolong the clinical signs. Just call to schedule the procedure when your pet is feeling more like herself.